Hampton Water is described as a fresh and lively rosé, with distinctive minerality. The wine is made up of the perfect blend of Grenache, Cinsault and Mourvèdre grape varieties distinctive of the French Mediterranean region of Languedoc. The winemaking process was managed in order to respect the characteristics of each grape varietal and the terroir in which it was grown. Each varietal was harvested separately at its optimal ripeness. 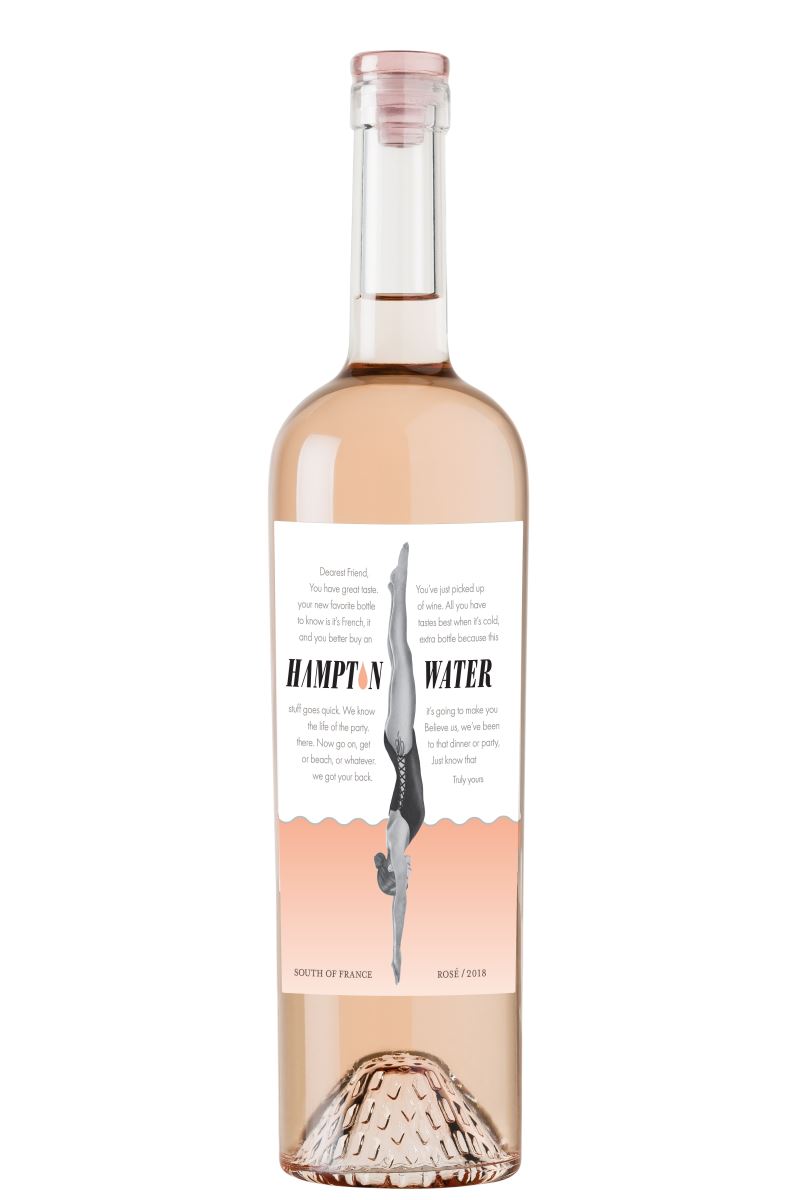 Since its launch in early 2018, Hampton Water has received a 90-point rating from Wine Spectator and was later named the top ranked rosé by the esteemed organization in Wine Spectator’s Top 100 Wines of 2018. This coveted accolade further distinguished Hampton Water’s unprecedented first year. In early 2019, Hampton Water introduced their second vintage, 2018.

The venture was inspired by Bon Jovi’s son, Jesse Bongiovi, who played a pivotal role in the brand’s creation. The idea to create a wine, emblematic of a bon vivant lifestyle, emerged during time spent in the Hamptons, between Bon Jovi and his son. Rosé, a popular drink for the Bongiovi’s, had initially been dubbed ‘pink juice’ by Bon Jovi, until Jesse and a friend inadvertently coined the name, Hampton Water, and an idea was born. Jon Bon Jovi and Jesse were introduced to Gérard Bertrand by a mutual friend and the three quickly bonded over their shared vision, to create a unique rosé, uniting the essence of the relaxed lifestyles of the Hamptons and the South of France.

Brought up in the Languedoc vineyards, Gérard Bertrand is committed to sharing the characteristics and exceptional diversity of each of the terroirs. For Hampton Water, particular attention was paid to the pressing of the grapes to ensure that only the first and highest-quality juice was retained. The juice was then left to settle to obtain the precise aromatic profile specific to this wine. Approximately 20% was aged in oak, adding subtle complexity.

Jon Bon Jovi states; “Creating this wine with Gérard was just as creative as collaborating with another songwriter, Gérard uses his talents and wine knowledge just like a gifted musician. And working with my son on this has been an amazing experience.”

Gérard Bertrand commented: “Producing Hampton Water rosé with Jesse and Jon has been an incredible experience. For me, the connection between wine and music is organic. To be able to work alongside such inspirational people, creating a wine that typifies our joint ethos of family, food, friends and great music has been amazing, and we are delighted with this wine that can be enjoyed everywhere.”

Hallgarten & Novum Wines Portfolio Director, Jim Wilson, commented: “We have worked with Gérard Bertrand and his team for five years, and every year we are delighted to see his dedication to innovation and quality grow. Hampton Water is a fantastic addition to our portfolio and it comes as no surprise that it recently won best rosé of 2018 by Wine Spectator”.