One of the Clare Valley’s most respected wineries has started its 60th birthday celebrations in style, winning one of Australia’s most revered wine accolades.

This year, Jim Barry’s performance at the Clare Valley Wine Show was six gold medals for Riesling and that has never happened before, and it probably won’t happen again. “They are really, really good communicators and they focus on what the Clare Valley does best - Riesling.”

Second-generation winemaker Peter Barry, who oversees day-to-day operations alongside sons Sam and Tom said, “The entire industry watches in anticipation for the announcement of these awards. James Halliday is the king of the Australian wine industry, and I feel that we have just received a knighthood. “The Halliday award is a tremendous accolade representing our commitment to owning our own vineyards, wine quality, and the Clare Valley. This win is the realisation of the dreams we have and what dad set out to achieve from the beginning. “I feel euphoric– this recognition encompasses all of my father and family’s hard work, commitment and vision. He was my hero and mentor, and he would be so proud of what we’ve achieved.”

Jim Barry was the first qualified winemaker to work in the Clare Valley, graduating from Roseworthy Agricultural College in 1947 as just the 17th oenologist from the newly established course. The accolade comes as Jim Barry is preparing to celebrate its 60th birthday this month, which will see the release of a commemorative book detailing the family’s six decades of winemaking.

“As a young person, we all dream about the future. My family’s dream over three generations has always been to make wine that was respected by our peers. We have won many trophies and gold medals over the years, but this is our greatest award to date,” said Peter.

Eldest son and winemaker, Tom Barry, said, “When I came home from university to Clare, we were already making great wine. I got the best training possible – I shadowed dad and got one-on-one tutoring. I’ve spent 10 years working alongside him and talking wine every single day. I’ve been able to make small areas of improvement, working with our vineyards and making better examples of those wines.” 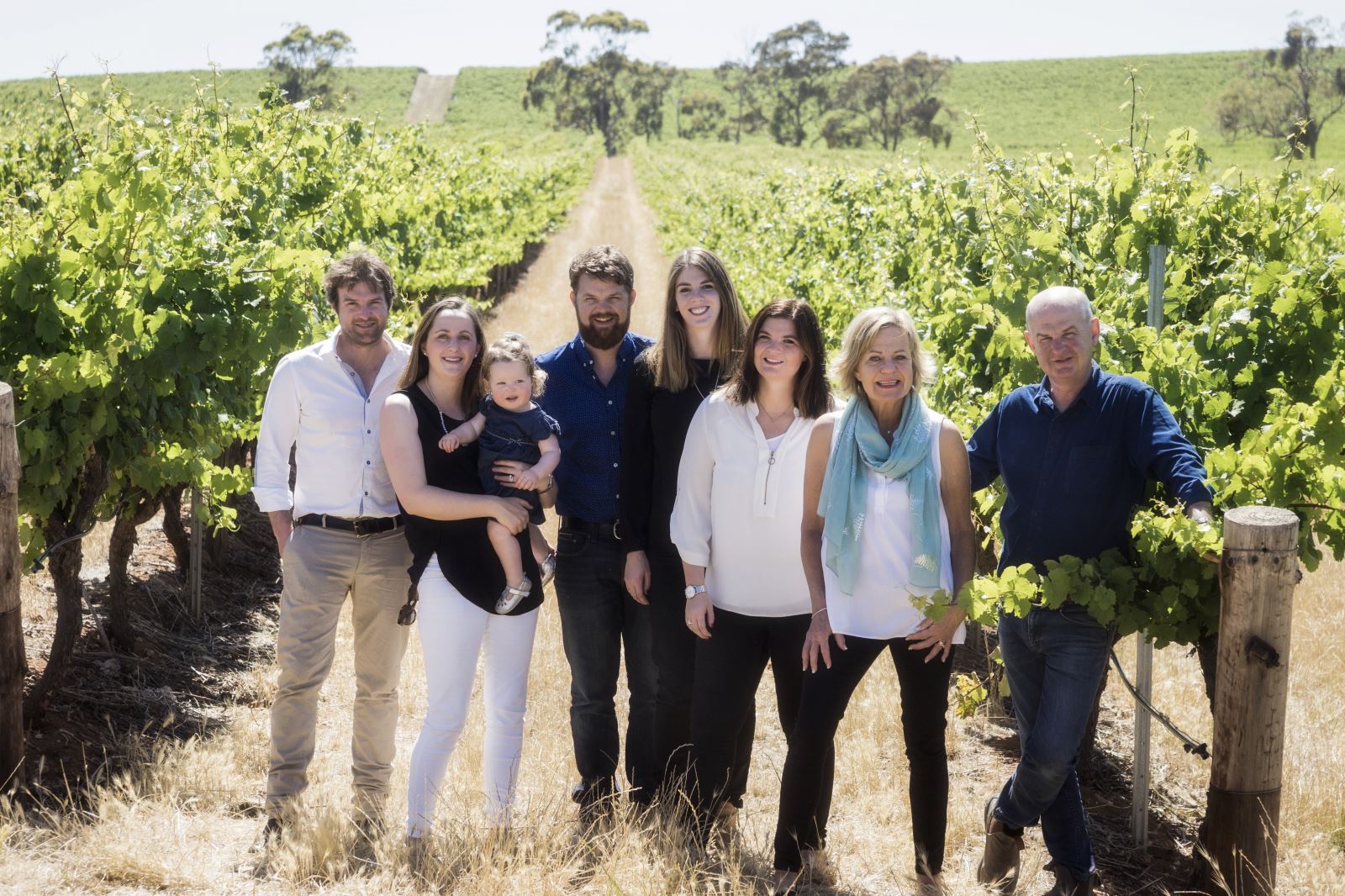 See what James Halliday had to say about Jim Barry Wines:

"The patriarch of this highly successful wine business, Jim Barry, died in 2004, but the business continues under the active involvement of the second generation, led by the irrepressible Peter Barry, plus brothers John and Mark, the third generation represented by two of Peter and Sue Barry's children, Tom and Sam. Tom's wife Olivia has set a whirlwind pace, graduating with a BSc in Commerce from Adelaide University, then a Masters of Wine Business.

"Peter, John and Mark purchased the famed Florita Vineyard in 1986 (one of the oldest vineyards in the Clare Valley, planted in 1962). Tom and Sam also purchased Clos Clare in 2008 with its high quality vineyards (see separate entry). Jim Barry Wines' record of 12 wines scoring 95 points or above in this Wine Companion, and the Single Vineyard wines waiting in the wings, all smack of the luck of the Irish, but no-one will begrudge that. The ultra-premium release is The Armagh Shiraz, with the McCrae Wood red wines not far behind.

"Jim Barry Wines is able to draw upon 290ha of mature Clare Valley vineyards, plus a 13.3ha small holding in Coonawarra. In November 2016, Jim Barry Wines released the first commercial Assyrtiko grown and made in Australia. A founding member of Australia's First Families of Wine. Winery of the Year 2020 Wine Companion. Exports to all major markets."