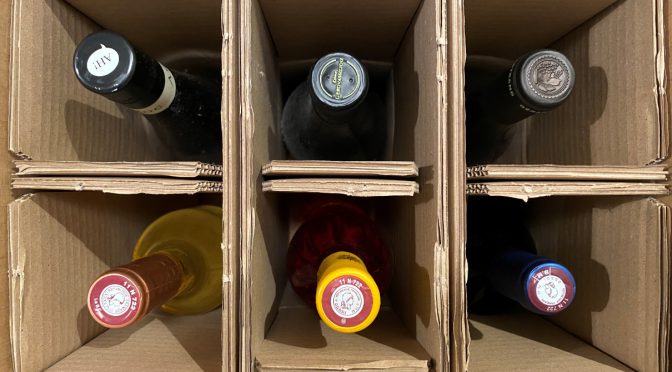 A lot has happened since the first lockdown was announced on 23rd March and as this is being written, we are about to enter a second national lockdown on November 5th. It has taken a good degree of ingenuity and resourcefulness to navigate the different tiers and rules associated with these for a consumer, yet alone a business owner, and it will continue to pose challenges for operators throughout the country.

Whilst our On Trade cousins have been incredibly unfortunate not to be fully open for business for several months, Off Trade wine outlets have been permitted to carry on operating. We are truly grateful for the support of all our customers in these uncertain times, and in tune with this special edition of Assemblage, we wanted to highlight a few of those customers and how they have managed to thrive in the face of adversity over this year.

Despite being able to open their premises when the Prime Minister said wine shops were on the permitted list, owner, Phil Innes, decided to keep the Loki Wines shops closed until 4th July to focus on their online offering. At the beginning of the year he had already put the wheels in motion to make his online sales a key part of Loki’s strategic plans, so he was well placed to capitalise on the situation; but its success has been phenomenal and what Phil described as an ‘insignificant’ part of their business now represents 30% of his sales. Central to this success was the ability to adapt to, and market online tastings via social media.

By pairing up with a local deli, Phil has been able to provide a wine with food tasting, often featuring winemakers as an added dimension. Free same day delivery for the produce being tasted is offered in the local Birmingham area, and next day via courier for those living further afield. The tastings have been a roaring success and they have regularly sold between 200-300 tickets for each session to participants all over Europe – even as far away as Canada!

Business has been brisk and never one to stand still, Phil is close to opening his third site, saying:  “Although online has become a really important part of the business, I still believe that the core business in the future will be in the bricks and mortar. This is because what sets us apart from online is our ability to hand-sell every bottle to the customer, and give them an experience in a store that starts the journey to enjoying the wine”

Wine Down in the Isle of Man was faced with closing their premises for On trade sales and the prospect of losing a significant amount of turnover, so owner, Anne Harrison, lost no time in emailing a daily changing menu and wine offering to her extensive database for delivery the next day; it became a vital part of her income during those initial few months. So much so that she was able to retain all kitchen staff and floor crew for taking, preparing and packing the orders for delivery with her husband and son – who was an enforced return from university – in support, to undertake the deliveries.

Emboldened by the success of the Off Trade wine sales and in preparation for re-opening, she grabbed the opportunity take over the next door premises, and create a dedicated shop and bar area. It would be easy to suggest that it is business as usual on the Isle of Man because they have no cases of COVID, but as business and leisure visitors are not permitted, and events like the TT races were cancelled, footfall is significantly down which has had an impact, so they need to be as rigorous as ever in their pursuit of a great wine offering and service for their residents to maintain their position as the best wine retailer on the island.

As the name would suggest Love Cheese is first and foremost a cheese shop, but their wine sales have trebled since the pandemic. Whilst they have stayed open throughout, Harry Baines explained that they were forced to reduce their opening hours in order to cope with the increase in deliveries. Love Cheese is another example of an operator rapidly adapting to the online tasting platform; they decided to advertise their cheese and wine tastings via Facebook in order to gain traction quickly.

Their customers would receive a box of 5 wines – decanted into smaller format bottles – and five cheeses, sufficient for two people. They began by offering weekly tastings, selling 46 boxes for the first one and 150 boxes for the second – given the labour intensive nature of the preparation, it prompted them to conduct the tastings once a fortnight instead. They sold 285 boxes for the latest tasting in November, so there are no signs that the interest is subsiding, and Harry believes this is a direct result of “people looking for distraction and entertainment”. On the back of the confidence he has built with his customer base, the café which was always attached to the shop has morphed into a wine bar which was beginning to do well ahead of the second lockdown. He is convinced this new look bar will do well once again, as customers crave a return to social interaction and a normal life.

This is not an exhaustive list and there are too many examples to mention everyone, but we trust these real-life scenarios can bring a ray of light, a glimmer of hope and the prospect of better days for all of us! 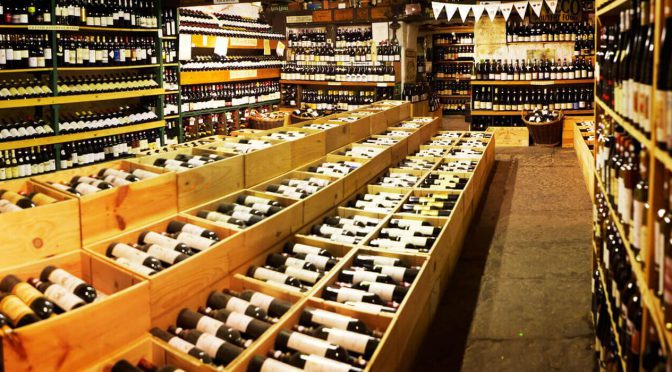 As we publish this we are emerging out of the coronavirus lockdown, hospitality businesses are reopening and we are looking to establish the ‘new norm’. With all the noise going on, it is become more important than ever to stand out from the crowd.

Have you ever found yourself eating out (in the days when you used to be able to) scanning the list and seeing the same wine listed in other restaurants, wine bars and pubs you’ve been to before? In a similar way, if you see the shelves or check the websites of wine retailers up and down the country, really good wines do crop up again and again. That’s normally a sign of quality, and quite understandably a good wine is something that most buyers gravitate towards. Customers meet at winemaker dinners and producer trips and share their views and preferences, and it is inevitable that those conversations create curiosity and influence to an extent.

Although a list of SKU’s dotted with wines that are repeated elsewhere is not necessarily the sign of an identikit list, there is only so much differentiation you can make with your product range if you are selecting from the best suppliers, unless they have a dynamic, exciting, esoteric and regionally diverse list. With that in mind, how does a retailer really stand out from the crowd? As one of my mentors used to say, the most important difference you can make over your competitors in any business is ‘service, service, service’. It is amazing how you are prompted to rate any kind of product and service that you have used, and the truth is, that measure helps to elevate service levels especially with those where it does not come naturally. The bank I use has always been based on the principle of high levels of customer service, and everyone I have ever spoken to there is genuinely nice and helpful. It is in the company’s DNA. The garage I have to use for my car service contract is the polar opposite, where the staff were often surly and disinterested, and you can sense it is not a happy ship. Now that they are held to account for the way they interact with their customers, their attitude has definitely changed for the better, even though it does not seem genuine.

The wine business is no different. In the same way that you prefer to do business with a distributor that is flexible with minimum orders, where invoices and orders are accurate, arrive intact and when they are meant to, your customer expects the same reliability and flexibility from you. But that is only where the comparison begins; our customers are looking for a business partner they can trust with their advice on products, to share market data and analysis that shapes the way they interact with the consumer, with point of purchase ideas, which can range from shelf talkers to info-link labels accessible via your phone, and tips on category management by geography, style, occasion, shopper demographic, etc. Just as you are looking for a distributor who is willing to support you with producer dinners and tastings, in-store sampling and annual/bi-annual tastings , your customers are looking for a retailer they can trust to advise you about the wine that suits their requirements, and offers them regular opportunities to engage via events.

If things continue as they are, and lockdowns become ever more restrictive, those retailers with a decent website, where you can place your order and get the wine delivered, will have a distinct advantage as it stands. Those willing to adapt to the market conditions may thrive. Perhaps a distributor who offers to help with your orders – from picking to packing and delivering – would be an added bonus, so you can focus on selling and taking orders. I recently saw a flyer which had been popped through the letter box from a local florist which offered to help with deliveries of food and provisions to those that are house bound. It appeared to be a sincere act of kindness, and even if it is a shameless opportunity for good PR, where is the harm in that?

One thing is for certain, those that that have always offered that point of difference and continue to do so during this most difficult economic situation will emerge stronger ‘on the other side’ (to borrow one of the most utilised phrases of the moment).

Hallgarten has come out on top as The Wine Merchant Top 100 competition’s leading supplier, with 19 wines in the Top 100, another 35 Highly Commended and Ktima Gerovassiliou Malagousia 2016 winning the trophy for Best White Wine!

All of the winners from Hallgarten’s portfolio… 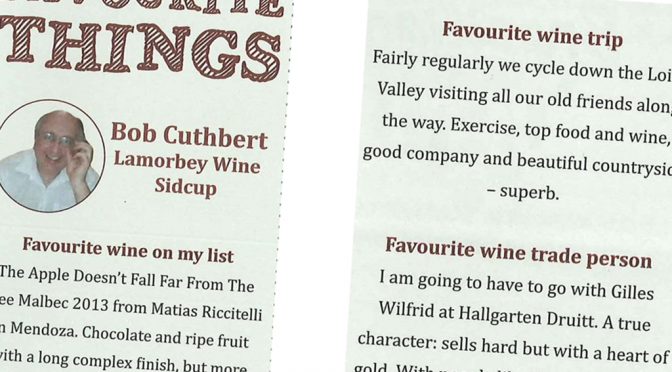 The arrival of a new issue of The Wine Merchant magazine at Hallgarten Towers is always greeted with joy as it offers the team a chance to catch-up on the ins and outs of the independent retail sector in an enjoyable and often very amusing way.