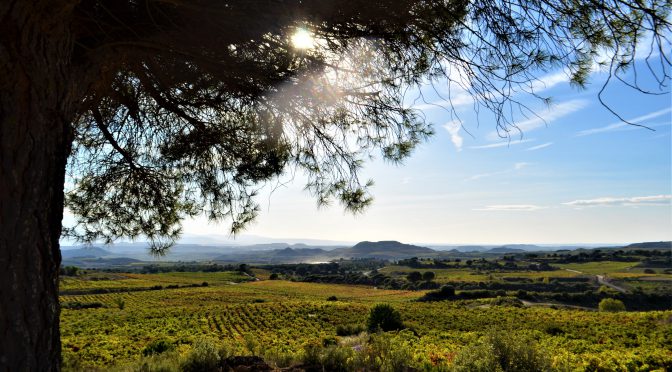 The problem is: it doesn’t sound very sexy. Sustainability.

Key word, at the moment, along with, say, Organic, or Biodynamic, or Natural. But an awkward word, too.

With Organic you get a wistful Tom and Barbara Good Life self-sufficiency schmaltz, you venerate weird carrots, and supplicate yourself – oh Lord! – to the soil, and perhaps (best of all!) subconsciously conjoin the word to a similar one which is very exciting.

Biodynamic, too, has its moments, with its odd combination of Rudolf Steiner argot, the bewilderment of physics, and a boyhood memory of Steve Austin, the world’s first Bionic Six Million Dollar Man.

And Natural is the best of the lot, redolent of Alpine yoghurt, the notion of innate talent, an appreciation of something not messed up by blokes, and, in the background, Aretha’s soaring You Make Me Feel….

But Sustainability – the yoke which brings those three together? Not many rock songs with that in the title. Inspiring nothing more than great spreadsheets, perhaps. Alice Feiring wrote that being sustainable is like being a little bit pregnant¹.

To be fair, in terms of wine, there is much much more to sustainability than solely how the wine is produced. The concept looks into every aspect of the journey from vine to consumer, including bottling, commercialisation, marketing, and human resources, and raises questions about energy usage, waste, social impact, carbon footprint and climate change.

But there is not one global definition or set of standards to which all producers can adhere – and therein lies an ambiguity.

Although consumers might assume that wine production has little impact on the natural world – in contrast to large-scale intensive agriculture – the reality is sadly different. Unfortunately, Vitis vinifera is a notoriously fragile plant. And most vineyards are monocultures that rely heavily on preventive spraying of herbicides, fungicides and pesticides to keep disease and pests at bay. “Awareness of the damage caused by overuse of chemical treatments has spread since French soil biologist Claude Bourguignon famously declared in 1988 that the soil of Burgundy’s vineyards was ‘dead’”³. Although it is simplistic, the growth of organic winemaking (which basically bans most chemicals from the vineyard and states that all additives need to be organic) is as a result of these concerns. It is rare today to find a French vigneron who does not espouse lutte raisonnée (literally ‘the reasoned fight’, meaning the measured use of sprays).

Famously outlined by Austrian scientist and philosopher Rudolf Steiner in a series of lectures in 1924, biodynamics is a holistic approach which focuses on maintaining soil health and linking soil management to lunar cycles, earth rhythms, and astrology – to guarantee happy vines. Some of the practices in biodynamics appear strange, such as using nine plant-derived “preparations” in crop management, and burying a cow’s horn full of manure into the soil, but advocates are convinced that the processes result in improved soil quality and overall vineyard health.

This is where it gets tricky. Basically, this takes the organic and biodynamic principles, but goes further in the winemaking processes, requiring that nothing be added or removed. The Naturalistes’ bête noire is sulphur dioxide (SO2). While sulphites are a natural side-effect of fermentation and are present in virtually all wine (“contains sulphites” must appear on the label if the wine has more than 10mg/l), the Naturalistes say that adding to this (EU rules allow for 160mg/l for red, 210 mg/l for white) changes the character of the wine, lobotomizes it and masks inferior quality grapes. And may give you a headache. Other key themes are using only wild yeasts, rather than inoculated, no fining, no filtration, and limited use of oak. The problem is that, unlike organic winemaking, which has strict certifications in every country of origin, no-one has codified the rules of natural winemaking.

One issue is that while the Organic/Biodynamic/Natural movements have definitely had an impact, they are still a little too much on the fringe to make a huge difference with general consumers. Which is why, despite its lack of cool, the doctrines of sustainability are so important:

Remember: this involves all aspects of the supply chain. Here at Hallgarten we are proud to have achieved ISO-14001 certification; gaining it has benefited not only our working environment but also our whole approach.

But there is also one other important driver, the game-changer: promoting a green image makes economic and common sense. There are unquestionable marketing advantages for producers to portray their wines as pure products, unsullied by chemicals. Which is why sustainable has become big business.

And which is why the number of sustainability certifications in the wine industry has proliferated in the last few years. They include:

Making this transition to more sustainable methods is tough. There are no ‘one size fits all’ solutions: biocontrols that attract beneficial insects in one place may attract pests in another; vineyards in humid regions depend more on fungicides than dry regions. Sustainable methods tend to be more labour-intensive and yields lower than for conventional viticulture, so wine prices are higher.

But ultimately, we may have no other choice.