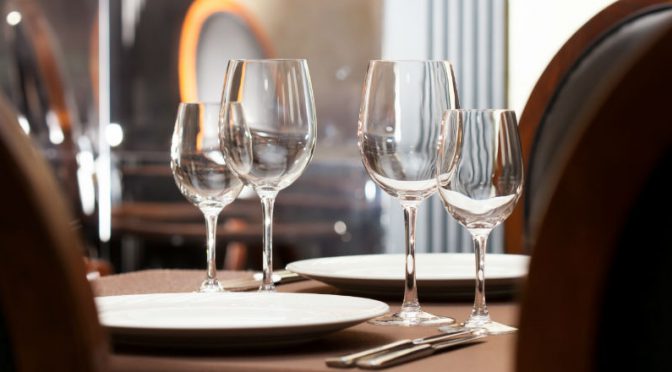 Do customers really make decisions on wine spend that quickly?

As I write this article we are all in Lockdown and the industry in which I ply my trade has been shut down. These are uncertain times, but I’m hoping that by the time this article is released the worst of this pandemic will be behind us. Let’s all hope for a bounce back of monumental proportions!

I can’t remember the first time I heard the term ‘The Blink Effect’ but at the time I remember thinking, this all makes a lot of sense. From then on I’ve pretty much made this concept the basis for my sales patter over the last ten years, but is it real?

The premise behind my theory was that a consumer will make a very quick decision on what they are willing to spend on wine within seconds of entering an establishment. According to Malcolm Gladwell’s book ‘Blink: The Power of Thinking Without Thinking’, “spontaneous decisions are often as good as, or even better than, carefully planned and considered ones”.

So if consumers are going to make a really quick decision, I wanted to make sure all my customers were armed and ready. Let’s just say I was an unequivocal believer and ready to spread the word!

Firstly I want to acknowledge that the concept of any establishment has the biggest influence on wine spend. For example a restaurant specialising in burgers will undoubtedly have a lower average spend than a restaurant serving up rare breed steaks cooked over coal. It’s the little details that I want to concentrate on. My theory is that when you add up the effects of all these little changes, the positive impact on spend far outweighs the level of investment needed. I realise I’m starting to sound like Dave Brailsford (former Director of British Cycling) and his Marginal Gains philosophy, but I’m sure you get my point.

In my opinion, one of the key influencers on wine spend is stemware. It’s a simple concept: if you see a decent glass on the table you’d be more inclined to want to fill it with something good. If I go somewhere and see glasses that would be more at home in the Queen Vic, I maybe unfairly presume that wine isn’t a focus for their business. You’re hardly going to drop a Barolo into it! Is it really this simple though? Put out sexy glasses and watch sales sky-rocket! My colleagues have often asked me if I have proof that this actually works and to be honest I haven’t – but it has to make a difference, doesn’t it??

The actual visibility of wine in the outlet is another area that I like to explore with customers. It’s something else that customers can see, or not as the case may be, within seconds of walking into a restaurant. Again for me it underlines how serious an establishment is about wine. Now this could just be a simple wall display using dummy bottles, or budget permitting, display fridges on show in the restaurant. For me, any visibility should be seen as positive. I remember one customer asking me why wine sales had dropped and I could see three newly installed beer vats over his shoulder! It’s pretty clear to me, if you don’t show people that you sell quality wine, why would you expect them to buy it?

Place settings – now there’s something that keeps me awake at night! On one occasion I had to remind myself that I was supposed to be selling wine, after I’d spent the best part of an hour obsessing over salt and pepper mills with a customer. As a customer if you sit down at a table and everything just looks right, I believe this can have a really positive impact on wine spend. If I see salt and pepper pots that don’t match, I’m grabbing my coat and sprinting for the nearest exit! When a customer walks in, one of the first things they’ll see are the tables, so making sure they send the right message is vital.

I suppose what I’m saying is everything the consumer sees influences the average spend on wine. The reality is most of what I’ve outlined can be seen within 5 seconds of walking through the door. So if the Blink Effect is real and we only have a few seconds, let’s make them count.