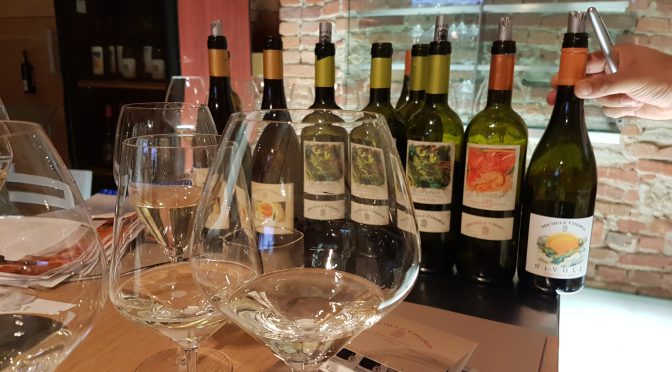 “We are – and always will be – only Piemonte,” says Michele Chiarlo.

We are standing in the cellars at Chiarlo’s Calamandrana winery and the still sprightly 83 year-old is telling his audience of worldwide distributors where his priorities lie. We are the lucky ones who have been invited to his annual symposium, and Michele, who still visits the winery every day, is proudly showing us around the barrel room. The Alliers oak tonneaux are gleaming, but as Michele explains; “I want to capture exactly the terroir and not the oak. These here are merely to prepare the wine for release.”

This terroir-driven focus has always been at the heart of the Chiarlo philosophy, further proof of which is Michele’s insistence on producing single-varietals rather than blends and only using indigenous grape varieties. This philosophy has been infused into his sons, winemaker Stefano and Alberto, who takes care of sales and marketing. The focus is rooted in an exceptional collection of vineyards in the Barolo and Barbera appellations. But it wasn’t always like this. Michele chuckles; “fifty years ago, when I started making Barbera, people thought I was crazy.” But the proud owner of La Court has had the last laugh. “We have made our reputation with Barbera.” It continues to this day: the first vintage of Cipressi Nizza was immediately hailed as Wine of the Year by Wine Enthusiast.

And while the Cerequio and Cannubi Barolos are world class, the Barberas are world WORLD class, and you have to think this is where his heart ultimately lies. We decide immediately to christen him the Father of Barbera. Michele laughs sheepishly. A lifetime of accolades has not changed an essential humility.

But when Stefano takes us into the vineyards, he is keen to emphasise the family’s Barolo heritage. “Every Barolo producer wants to have a piece of Cannubi,” he says, scrambling over the unique terraces which characterise the vineyard. And from where he is standing he can point upwards a couple of hundred metres to where the ultimate Barolo vineyard, Cerequio, lies – the extra altitude the defining nature.

So, this then, is Michele Chiarlo. Exceptional vineyards; exceptional wines. A sixth generation wine family rooted in Piemonte’s terroir which has built up a worldwide reputation, underlined by a stunning collection of 90-plus points from Parker, Suckling and the Wine Enthusiast.

This only tells half the story.

So far, we could be talking about any number of winemakers. There is something else, and it is difficult to put a finger on it. But then you walk around the amazing Chiarlo Art Park at the La Court vineyard. This diverse selection of world-class modern art dotted incongruously around the vineyard may help explain the attraction of Chiarlo. This modernity also finds reference in the stunning series of labels which adorn the great wines. Has there ever been a more eclectic, stylish and individual set of labels? And maybe it also finds reference in the style of the wines, which, in the Classico selection, allow the consumer to enjoy at a relatively early age – key for the restaurant trade, but in the individual Cru, also remain true to the ageing tradition. It is this fascinating juxtaposition between tradition and modernity which lies at the heart of the Chiarlo appeal.

Looking at the art selections, I pipe up: “Michele is the Picasso of the wine world.”

“Yes,” says another distributor. “He even looks a little bit little Picasso!” For generations, the iconic Chiarlo family has produced some of Piedmont’s truly great wines and winemakers. Stefano Chiarlo, Michele Chiarlo’s current Oenologist and Vineyard Manager, runs the winery alongside his parents and brother. Founded by Stefano’s father, Michele Chiarlo in 1956, the family owns 60 hectares of vineyards and produces single varietal wines from indigenous grape varieties. The winery remains in the town where Michele was born and the family are proud to represent this area, where Michele is a leading figure in the Piedmont wine industry.

Following time spent studying Oenology at the Enological School in Alba, and after a period of National Service following his graduation, Stefano joined Michele Chiarlo in 1991.

Initially working as Assistant to Oenologist, Roberto Bezzato, Stefano was responsible for managing the vineyard and the vinification of Gavi, a hugely important wine for Chiarlo and Piedmont. Following seven years learning the trade at the winery, Stefano became chief winemaker in 1999 (a very good vintage for Nebbiolo based wines).

His winemaking philosophy centres on creating wines which are elegant, with subtle use of oak and respect for the varietal and terroir.

Away from the winery and vineyard Stefano, along with his father and brother, is a keen Torino football supporter. He also enjoys skiing, visiting good pubs and is a lover of the sea.

We are proud to list 14 wines created under Stefano’s watchful eye at Michele Chiarlo in our portfolio, from the iconic Barolos, to the pioneering Barberas, the immensely important Gavis and the delicious Moscatos. For more information on any of these wines, visit our website. 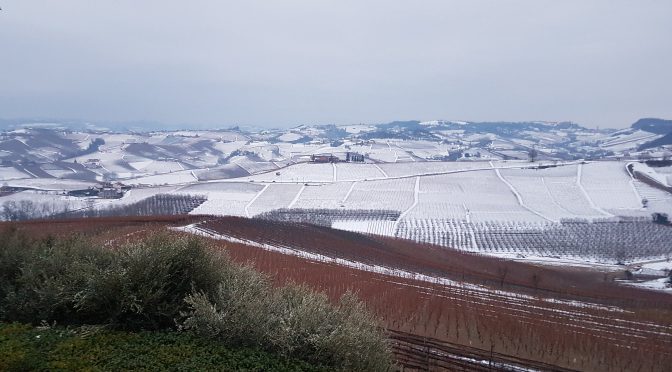 We arrived late at Michele Chiarlo. Gen and I had touched down at Milan airport at dusk and picked up the hire car. “No need for the satnav, Gen,” I stated. “I know a shortcut.”

So obviously we got lost.

By the time we arrived in Piemonte it was pitch black. Picture this. The small village of Barolo is in the middle of nowhere. It is surrounded by very steep hills. It is freezing cold in the winter, and tonight it has snowed heavily. The hapless Geordie driver peers through the windscreen, his demure brand manager in the passenger seat (wondering what she has done to deserve this.)

“Are you sure, Jeem? That road doesn’t look safe.”

“Trust me, Gen. I’m an old hand at this. I’m sure these are Chiarlo vineyards and those lights at the top of the hill – that’s the Chiarlo guest house.”

I edge the car forward down a steep hill – and then the fun starts.

I career down the ice. There’s a solid brick wall on one side. A vineyard on the other. I try to steer the car into the vineyard: softer landing.

It is at this point that Gen shows her class.

Five yards later we hit a dry patch and the car skids to a halt. And we breathe again.

Thankfully, the rest of the trip is much less eventful and a lot more fun. After somehow managing to get the car out of the vineyard, we eventually find the Chiarlo guest house and meet up with Stefano and Erica for a bite to eat and a catch-up. Alberto joins us for the business meeting, and then conducts a brilliant tasting. A couple of highlights for me:

Cipressi 2015 (the second vintage to be made under the new Nizza DOCG) – looks spectacular. On the nose you get hugely perfumed blackberries, massive and profound. On the palate: lovely, grippy, sappy tannins. Mouth filling, a touch of savoury now begins to assert. Huge finish which goes on forever.

cranberries, exotic fruit. A touch of boot polish. Tannins are firm but not harsh, coating rather than dominating. A touch of bacon sandwich on the finish, but very soft and smooth and classy. Needs at least another two years.

The following morning we drive to the winery, gorgeous snowy vistas every side of us. At the winery a sprightly Michele welcomes us, proudly showing us through the fermentation and barrel rooms, before making Gen’s day by posing with her for photographs. The 82 year-old, who still works at the winery every day, tells us the ’17 vintage will be short on volume but good in terms of quality – especially for Barolo. I cross my fingers and hope Gen doesn’t volunteer that I almost wiped out a row of those precious Cerequio vines! 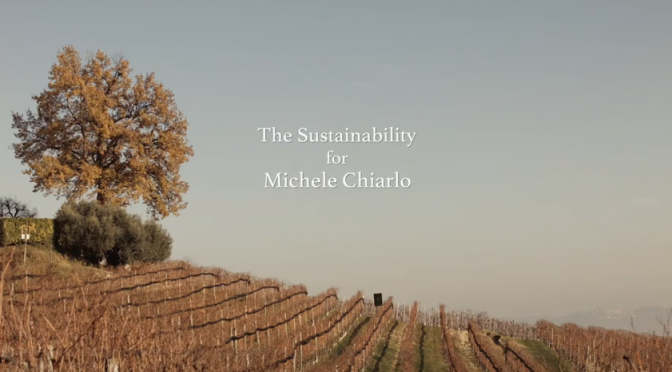 Oenologist Stefano Chiarlo from Piedmont’s Michele Chiarlo estate outlines the winery’s commitment to sustainability in this great-looking video from the estate.