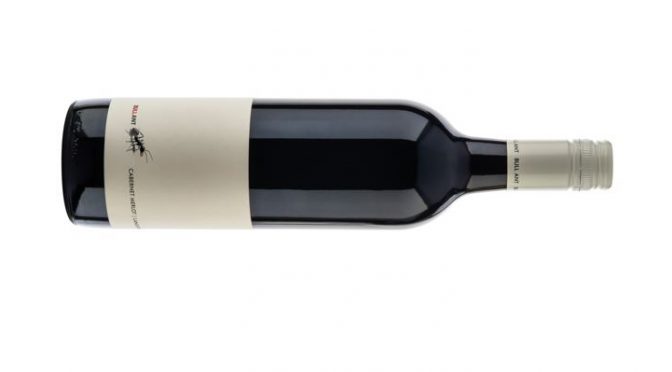 To help celebrate International Merlot Day 2017 on 07th November, our Wine of the Month is an Australian blend of 80% Cabernet and 20% Merlot, the two main varieties grown in Bordeaux.

Did you know, Merlot  is the offspring of Cabernet Franc (the father) and Magdeleine Noire des Charentes (the mother)?

Lake Breeze Bullant 2014 has an amazing lifted bouquet of blackberries with a touch of mocha. Rich and smooth on the palate, it offers a lovely soft finish with polished tannins.

Lake Breeze winemaker Greg Follett is the fourth generation of the Follett’s to work on the family property, which has been in the grape growing business in Langhorne Creek for over 120 years. Only in the past 30 years have they been making wine; and have rapidly built an enviable reputation for consistently producing outstanding wines, becoming one of the most awarded boutique wineries in Australia. Greg uses exclusively old vine fruit -and the best 30 per cent of that- resulting in wines that are rich and concentrated.

Fruit selection was paramount for this wine. The grapes were fermented on their skins in small, open, static tanks; which lasted between seven to 12 days. The young wine was then pressed straight to oak barriques to complete the fermentation. The wine was then matured for 10 to 12 months in seasoned French and American oak, with five to 10% new oak used in the blending.

2014 was a season of contrasts and culminated in the latest vintage since 2004. The wet winter ensured the vineyard received a good flooding, resulting in healthy canopies and good subsoil moisture, essential in sustaining the vines through the very hot summer. The summer temperatures saw a record 13 days above 40°C (the average is just two). Many parts of the state received 100mm of rainfall just before the harvest, but the Lake Breeze vineyards just received 30mm. The cooler weather and rain revived the vines after the heat, resulting in average yields and impressive quality. The Cabernet Sauvignon is the standout.

Great served with a gourmet cheeseburger, with all the toppings, or with a roast lamb dish. 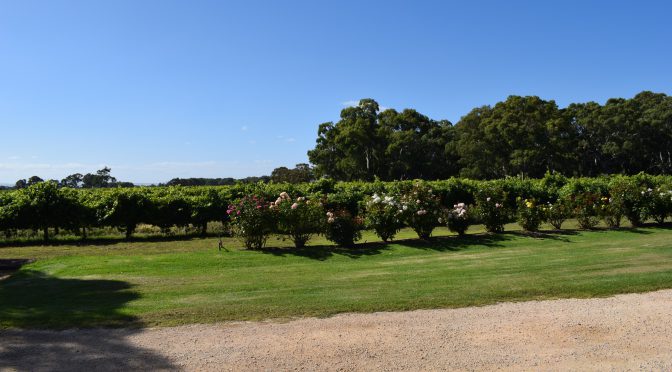 And so back to Langhorne Creek to see Greg Follet of Lake Breeze.

The transition from Adelaide Hills’ steep and winding lanes to Langhorne Creek’s one long flat arterial road takes me by surprise for the second time in as many days. It is difficult to keep your eyes on the road as they wander to each side of it to marvel at the lush emerald canopies stretching out in regimental rows towards the majestic red gum trees. .

This has always been an important grape-growing region but until recently most growers sold all of their fruit. But now, a handful of producers such as Lake Breeze are showing just what good wines – and what good-value wines – can be made, helped by the recent growth of the vineyard area from around 400 hectares to around 6,000 hectares.

Greg’s family have been grape growers since the 1880s and winemaking since 1987, he tells me, as he and his brother Roger, as down-to-earth and as friendly a pair as I have come across in the trade, sit down in the lovely but simple Cellar Door for a chat. Their modesty is especially striking when you consider the extraordinary level of success they have had in Australian Wine Shows, including 40 trophies and over 140 gold medals since 1994. Undeniably, Lake Breeze is one of Australia’s most awarded boutique wineries, including being named Australia’s Champion Small Winery at the Australian Small Winemakers Show, and twice winning the Best Red Wine of the Adelaide Wine Show – the Max Schubert Trophy. “This is definitely Cabernet country,” says Greg. “We select only the best 30% of fruit from the older vines on the property, and sell off the rest. I am really lucky to have inherited a great selection of old vines.”

I am then introduced to their sprightly father, Ken, who has the same friendly demeanour as his sons. I feel oddly privileged and humbled, and tell him he must be proud of his family. I also get to meet Greg’s wife, Robyn, and the following day, when I phone with a query, I get put through to Dionne Follett, who is so apologetic that she missed me on my visit that I very nearly turn around to drive back and present myself.

The winery, designed by Greg, was built in 1998. It houses small open top fermenters which enables him to focus on a traditional style of winemaking. He takes me on a quick tour, but keeps glancing anxiously at his mobile press, on its tramlines at the door, ready and waiting to receive the grapes which he will harvest at around nine-thirty that evening.

Back in the tasting room, we run through the wines.

The Reserve Chardonnay 2015
A lovely rich toasty full nose. This goes straight into barrel and it is very evident.

2014 Old Vines Grenache (from vines planted in 1932)
Funky damson flavours and loads of open fruit. I like this a lot, but then I tend to like all old vine Grenache.

2014 Cabernet Sauvignon
A gamey and meaty aroma, and masses of leafy fruit.

Arthur’s Reserve 2013
Excellent dark raspberry fruit, with a plushness on the palate and a lovely crisp finish. The 2012 vintage was named Australia’s Wine of the Year by Winestate.

The Bull Ant Shiraz 2014
10 to 12 months in seasoned oak, shows delicious soft sherberty fruits, is soft and supply, with luscious tannins. There was no wine made in 2015, but the 2016, about to be bottled in June, shows rasping good berry fruit with great mouthfeel. 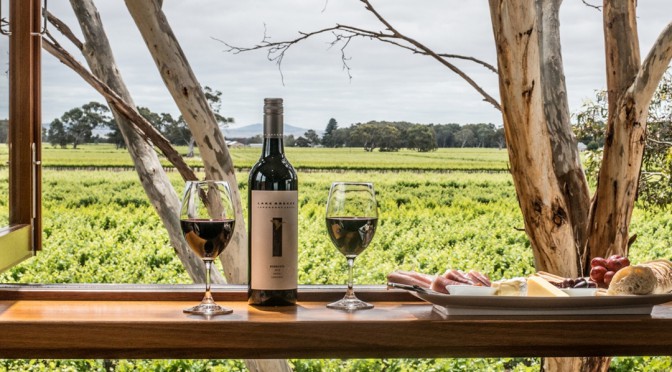 Arthur’s Reserve 2012, from Langhorne Creek’s Lake Breeze Wines, has come out on top against 10,000 wines from across Australia and New Zealand to be named Winestate Wine of the Year 2016.

The award, presented on 24 November in Adelaide, is the

second time Lake Breeze has come out triumphant after winning in 2010, with its 2007 Cabernet Sauvignon.

Arthur’s Reserve is a blend of 86% Cabernet Sauvignon, with small amounts of Petit Verdot (9 per cent) and Malbec (5 per cent) picked from 40-50 year old vines from the Follett family’s own vineyards on the Langhorne Creek flood plain.

Small open fermenters were used with maceration times varying from 8 to 12 days, before the wine is aged in French Oak for 21 months.

The resultant wine shows classic blackcurrant aromas with violets, mint and savoury characters. The palate has great depth and silkiness and shows wonderful intensity and length of flavour.

Speaking to The Lead, South Australia, Lake Breeze Winemaker, Greg Follett said: “The good news is that the 2013 has already won a trophy in Sydney for the best blend of the show so it’s proving to be a consistent wine from year to year”

“It’s one of our better performed wines and certainly the 2012 vintage was hugely successful for us for Cabernet in particular.

“The result is fantastic for us. There’s not too many wine awards these days where the phone starts ringing and you get an automatic boost in sales but having said that, we’ve already fielded a few inquiries and we don’t have a huge amount of stock.”

Follett said the award was also recognition of the Langhorne Creek region 65km southeast of Adelaide, which was sometimes overlooked in favour of its higher-profile neighbours, McLaren Vale and Barossa Valley.

“Within the industry it’s fairly well-known and regarded but to the general public we fly under the radar a bit because we’re spoilt for wine regions here in South Australia,” he said.

“We’ve certainly been punching above our weight in the wine shows for years, so the quality has always been here.” Each year Winestate evaluates around 10,000 wines in 12 categories from all regions in Australia and New Zealand using an audited and independent judging process.

Winestate Publisher, Peter Simic, commented: “To be the overall winner the wine has to be head and shoulders above its peers in that category compared with the winning wines in other categories. In this case the Lake Breeze Lake Breeze Arthur’s Reserve 2012 stood above all others.”