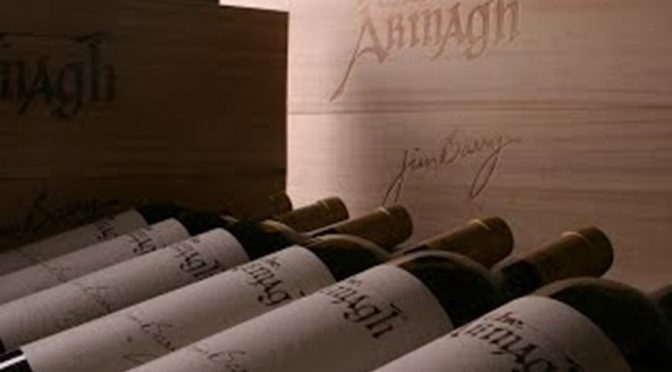 Certain names resonate strongly within Australian wine history and Jim Barry is one of them. It was Jim Barry’s drive that helped shape South Australia’s Clare Valley as a benchmark producer of world class Riesling, iconic Shiraz and cemented it as one of Australia’s premier wine regions. Here we take a look at the story of the Armagh vineyard.

2018 marks the 50th anniversary of the planting of the iconic Armagh vineyard, a wine that has achieved extraordinary success and is regarded as one of Australia’s highest quality wines (check out Robert Parker’s point scores below).

The vineyard was named after the adjoining hamlet of Armagh, established by Irish settlers in 1849 and named after the lush rolling hills of their homeland. Jim Barry planted the 3.3 hectare vineyard in 1968 with Shiraz grapes.

20 years later South Australia had a glut of red wine – mainly Shiraz – and a Vine Pull Scheme was taking hold, however the Barry family decided the Armagh block of Shiraz should remain and become the icon red for Jim Barry Wines akin to Grange and Hill of Grace.

The vineyard is planted on its own roots on grey sandy abrasive topsoil over clay subsoil and receives an average rainfall of 600 millimetres per year. Such is The Armagh vineyards suitability that minimal intervention is needed to maintain yields below 4 tonnes per hectare, which produce rich and concentrated fruit of the rare quality required to produce wines with ageing potential.

sun trap, ensuring the fruit is always fully ripened at harvest time, resulting in low-yielding vines that produce less than 27 hectolitres per hectare.

Speak to your account manager for more details of any of The Armagh wines in stock.