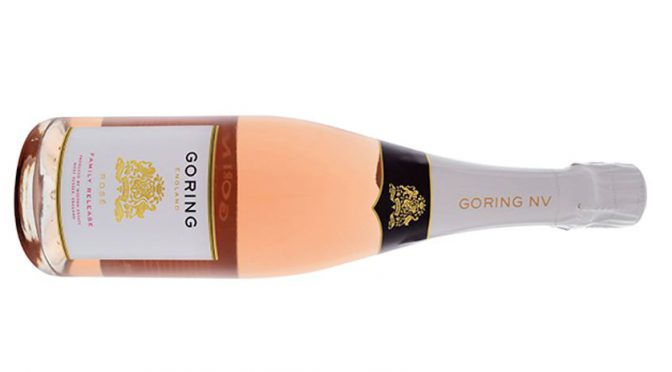 Recently picked out by Matthew Jukes for its ‘brilliant balance and calm fruit’ in his pick of the nation’s best, the Goring Estate, Rosé, Sussex NV uses fruit from two vineyards, located on the South Downs in Sussex.

A supremely elegant rosé, with a subtle flavour of summer berries, freshly baked bread and spice overlaying a core of tangy acidity. Creamy and textured with a fresh finish.

Dermot Sugrue is not exactly a new name in the English wine industry but he is certainly a winemaker at the top of his game. Born in Ireland in 1974, he studied Viticulture and Oenology at Plumpton Agricultural College before completing two seasons working at Château l’Eglise-Clinet and Château Leoville-Barton. In 2003 he joined Nyetimber and was appointed winemaker in 2004. Over the following years he oversaw Nyetimber’s emergence as one of the world’s greatest sparkling wine producers. From Nyetimber he moved to the beautiful, family-run Wiston Estate in 2006, nestled in the heart of England’s rolling South Downs in West Sussex, to work with the Goring Family who has owned the estate since 1743. The Goring Brut and Goring Rosé are made exclusively for us by Dermot Sugrue and take their name from the Goring family.

The grapes were very gently pressed in a traditional Coquard basket press and a pneumatic press. Most of the juice was fermented in stainless steel tanks in order to the purity of fruit, while a proportion was fermented in old oak barrels of 228 litres. This proportion was then aged in the oak barrels for a period of six months, imparting  subtle complexity to the resulting wine. A touch of red wine was added to enhance the colour. It was vinified using the Traditional Method with the secondary fermentation taking place in the bottle. Dosage at disgorging was 11 grams per litre. In a nutshell: With English Wine Week around the corner (May 28- June 5) what better example of English fizz than this clean and complex wine from Sussex.