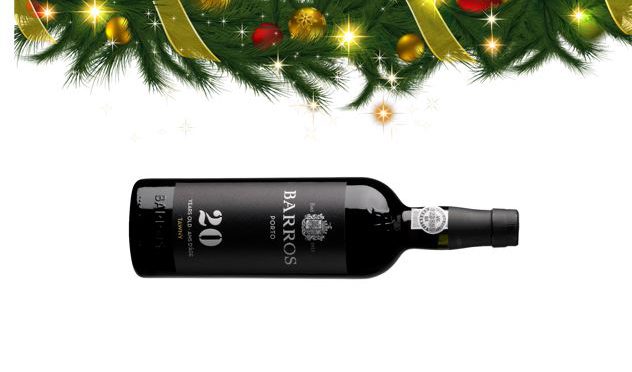 The quintessential Christmas drink and the perfect way to end a festive meal… Port. Although there are many styles to choose from, we have chosen the Barros 20 Year Old Tawny Port as our Wine of the Month for December and one we would recommend being served with the Figgy Pudding.

A rich and complex combination of dried fruit aromas,
with spice and subtle hints of wood. Elegant and full bodied, with a long, engaging finish.

Having celebrated their 100th year of trading in 2013, Barros Port is undoubtedly one of the most prestigious companies producing and trading in Port. Much of their success comes from Colheita Ports – old Tawnies from a single year matured in cask for a minimum period of seven years.

Their expertise in Colheita Ports has established them as the stand

out producer of this style. Barros leaves their Colheita Ports to mature in cask until being hand bottled to order. The loss of wine from evaporation (known as the ‘Angel’s Share’) is much higher in comparison to bottle ageing. It is a sacrifice they are willing to make and one that helps them achieve unsurpassed quality in their Colheita wines.

In June 2006, Barros Ports was integrated into the Sogevinus Group who are now responsible for growing the brand in the international markets.

Produced by the traditional Port method. The grapes were destemmed, crushed and underwent a careful skin maceration to extract colour, aromatics and fine tannins. Fermentation took place in vats known as ‘lagares’, with constant pumpovers during fermentation.

Temperatures were controlled and maintained at between 28 to 30°C, until the desired Baumé was reached. At this moment, grape brandy was added, which is known as the ‘benefit’, resulting in a fortified wine with perfect balance. This is a blend of different harvests to achieve the array of characteristics that are typical of these aged tawny Port wines.

The wines have each matured in oak casks for varying periods of time; it is the average age of all the wines in the blend which defines the age on the label.

Starters such as strong cheeses and pâté; or desserts such as toffee brownies, chocolate and pistachio pavé or goat’s cheese. In A Nutshell: A brilliantly simple, stylish and refreshing summer aperitif. Enjoy straight-up chilled in a wine glass, or with equal parts tonic or soda water in a cocktail glass garnished with citrus fruit.

END_OF_DOCUMENT_TOKEN_TO_BE_REPLACED 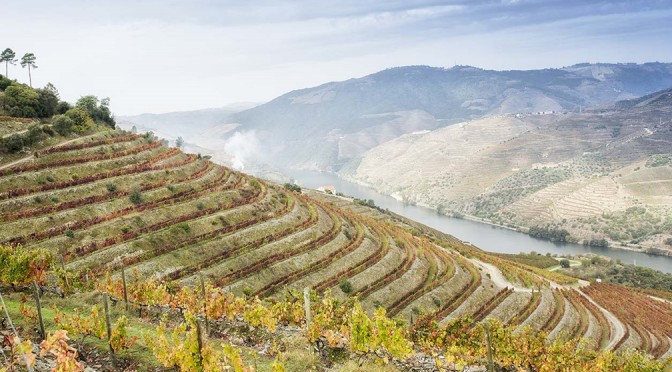 Earlier this month our buying team took a trip to Portugal’s famous Douro Valley to visit top port producer Barros. Here’s a look at what they got up to while they were there, the lucky so-and-sos.