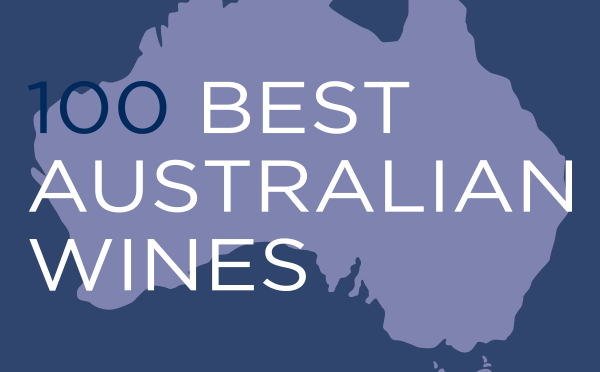 Now in its thirteenth year, the Matthew Jukes 100 Australian Wines of 2016 and 2017 includes an exciting selection of nine wines from the Hallgarten portfolio.

The Hallowed Ground wines from Cherubino, Clos Clare, Fox Gordon, Paringa Estate, Lake Breeze and Teusner have been chosen by Jukes to showcase the finest Australia has to offer.

Wines include (as described by Matthew):

2015 Laissez Faire by Larry Cherubino, Fiano, Porongurup, WA | 13.5% | Natural wine warning – this is a natural wine, sound the klaxons, grow a goatee and hoist your drainpipes up to midcalf level. OK, apologies for this unnecessary attempt at low-hanging-fruit-humour but you wouldn’t know that this is an earnest creation because it doesn’t parade any of the usual tell-tale traits (phew). Last year I featured Laissez Faire Riesling and it blew all-comers away with its lean, raspy, piercingly dry finish. This year Larry has nailed the tricky Fiano grape with his customary precision and élan. Having said this, the brittle Porongurup environs will never allow this oft-blowsy variety to lapse into unwanted richness or oiliness. Tie this challengingly cool climate in with Larry’s laser-driven winemaking and the results are electric.

2015 Fox Gordon, Princess Fiano, Adelaide Hills, SA | 13.0% |  Tash Mooney’s 2014 Princess Fiano, which featured in last year’s 100 Best List, was a pivotal wine for this variety Down Under. Without spoiling the plot too much it is safe to say that this 2015 is longer, finer, more exhilarating and embellished with a few notable CGI moments. As these vines age and, dare I say it, Tash learns more about the potential of their wickedly enticing fruit, I expect this wine to continue to soar even higher. I rate it above all but a handful of wines made from this haunting variety in its home in Campania.

2013 Paringa Estate, Peninsula Pinot Noir, Mornington Peninsula,Vic | 13.5% |  I love Paringa’s two Peninsula Series red wines in 2013. This label endeavours to bring you a slightly more forward interpretation of the Estate wines with more generous, approachable fruit and less grip on the finish. Of course, winemaker Lindsay McCall cannot make straightforward, early-drinking wine if he tried and so this is the most overengineered and fascinating pair in Mornington. Texturally these wines are virtually identical because the Pinot is bold, ripe and surprisingly deep, while the 2013 Peninsula Shiraz is redder, fresher and more aromatically appealing than any other version of this grape in the country. They don’t quite hold hands but they are definitely brothers and these opposing but complementary traits slightly confuse tasters at the same time as drawing them in! They are both potent elixirs, designed to seduce your palate and they will never fail to do so, such is their sincerity and distinction.

2015 Fox Gordon, Nero d’Avola, Adelaide Hills, SA | 14.5% |  At a recent South Australia Club event, entitled ‘Alternative Grape Varieties’ I poured the 2013 vintage of this wine as the finale red and it brought the house down. The wine sold out in a trice and so I called in a bottle of the next release, which just happened to be the 2015 because the 2014 had already romped thought the Adelaide resto scene leaving a trail of destruction behind it. Would this 2015 be too youthful and brusque? Not a bit of it. This is a phenomenal release with macerated black fruit, touches of dark chocolate and more spice and wild dried herb notes than an Istanbul market. What’s perhaps even more surprising is that I cannot think of an Italian wine to compete with the fruit quality, slickness and complexity of this interloper! 2013 Eight Uncles Shiraz is a perennial favourite in the 100 Best and as the years roll by this wine gathers more and more fans at the same rate as it gathers more and more complexity and build-quality. It is as succulent as it is savoury and this balance means that it is on the more sensual and medium-weight side of the Barossa Shiraz-spectrum and this flavour is exactly what we’re after in the UK.

2013 Fox Gordon, By George Cabernet Sauvignon Barossa Valley / Tempranillo Adelaide Hills is a wine which I often forget about in spite of memorable name. As far as Super-Spanish blends go this is a fascinating one because unlike many it actually uses cool climate Tempranillo to moderate darker, more generous Cabernet and this is a little bit about face. Generally hot Temp is soothed by green Cab in an effort to bring the flavour back to earth and, of course, this rarely works. Winemaker Tash Mooney recognises this and builds this wine carefully with her trademark understanding and sensitivity.

2013 Cherubino, Cabernet Sauvignon, Margaret River, WA | 14.0%|  I have come to the conclusion that my favourite Cabernets in the world are those underpinned with epic acidity and serene tannins. Fruit is commonplace, oak is humdrum, but orotund tannins, derived from magnificent Cabernet skins, laced with enthralling acidity are what life is all about. Larry’s wine has these essential ingredients. Yes, the fruit is unflinchingly superb and the resonance of the wine, as it transmits its sonorous message to your pulsating olfactory bulb, is mesmeric, but without the finesse and tension of the tannins and acidity it would be just another predictably guileless, glossy Cabernet. Thank you Larry for focussing on the important factors and not the surface sheen. There is another wine in Larry’s ever-evolving portfolio which caught my eye and it is a Rhône-y blend with an irreverent label – 2014 Apostrophe Possessive Red   Made from 90% Shiraz, 8% Grenache and 2% Mourvèdre this is a zany, clownish wine with masses of briary appeal, a large dose of Larry’s vinous flair and some crafty acidity on the finish to keep it all in check.

2013 Lake Breeze, Bernoota, Langhorne Creek, SA | 14.5% |  What do you call a wine that had legendary status years ago but which still insists on building on its past glories with every year that passes? A super-legend, a divine-wine, a commander- in-chief-in-perpetuity? I don’t know, but what I do know is that 2013 Bernoota collected yet another Trophy last year in The Great Australian Red competition making it the most awarded, great value wine made from this blend in Australia. This is a faultless creation and it is only twenty- three quid. It is world class, massively memorable, grippingly balanced and it will live for an eternity. The Follett family is guaranteed a place in the Australian Hall of Fame of Wine for their services to great value greatness. They have another stunner in their ranks, too, 2013 Cabernet Sauvignon which shuns Shiraz and focusses purely on Cabernet and this, too, is a veritable tour de force.

2014 Cherubino, The Yard Shiraz, Acacia, Frankland River, WA |14.0% | The Yard Shiraz comes from the relatively cool climate of Frankland River some 100 kilometres east of Margaret River. When I first tasted this wine I made notes that on re-reading them sounded like I had seen a Bandol and not and Aussie Shiraz. I listed earthiness, rose petals, Turkish Delight, dark, sooty fruit, but lightness and freshness on the tannins. This style of cool climate Shiraz appeals greatly to my palate. ‘Light’ doesn’t need to mean dilute or frail. In this instance it simply refers to the ‘weight’ of the wine, which in turn has nothing whatsoever to do with its intensity. This is, my goodness me, an intensely fruit-driven wine with an inky colour, but in all other respects it is nimble, refreshing, melodic and charming. Larry has two important whites in his operation, both of whom have appeared in 100 Best Lists of old and both of whom have immensely loyal followers. So, for those of you in the know, 2014 Margaret River Chardonnay is a slightly more billowy and invigorating Chardonnay than last year’s bosomy 2013 and 2015 Pemberton Sauvignon Blanc is awesome with discreet but firm oak embroidered into the core of this super-classy Sauvignon. Larry is a genuine master of all trades and jack of none.

2015 Teusner, Joshua, Barossa Valley, SA | 14.5% | Teusner’s vividly-scented Joshua features a blend of Grenache and Mourvèdre with a splash of Shiraz for good measure. Its dense, berry-soaked core is formed from 100 year old Mourvèdre vines and this darkness is coated in layer upon layer of juicy Grenache, wrapping this parcel of joy with frivolous cranberry, cherry, raspberry notes and finally topping it all off with youthful 20 year old Shiraz which adds a savoury twist of spice to keep it all real. Any other winery would then incarcerate this heroic concoction in an oak prison for a few years before letting it out on parole to wreak havoc. Kym and Mick rightly involve no oak whatsoever allowing this wine the chance to sing and dance from day one. By all accounts this is Australia’s finest and most exuberant Côtes-du-Rhône-style wine. I love to drink it at cellar temperature and at speed – I find it quenches the thirst with incredible accuracy leaving you feeling remarkably refreshed in all senses of the word! For every action there is an equal and opposite one, as you know, and so when Kym and Mick bring us Joshua with its agility and poise they have to make a colossus to balance it out. 2012 Righteous FG Shiraz is just such a wine. Frightfully frightening and gorgeously good, according to Kym, this wine gets the Rolls Royce treatment and boy you can taste it. Huge, glowering, decadent, crammed with plangent tannins and with five dimensions of flavour this is everything and more and it is ‘F’ing G, I can assure you.

Thus far, 5 roadshow dates have been announced where guests can join Matthew and taste the finest line-up of Australian wines.

“Past, present, future – I passionately believe in the world class excellence of Australian wine and my fascination with this subject drove me to compile my annual 100 Best Australian Wines Report..  I am proud to say that over the last 13 years this work is considered to be the unparalleled marker of truly great Australian wine”.