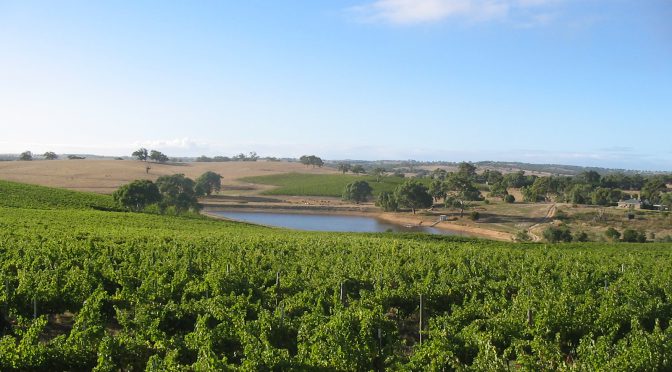 Climate change has a multi-faceted effect on wine production. It influences which grapes can be grown, the character they develop, how healthy they are, and the way in which they are nurtured and vinified. How climate change affects wine regions varies markedly depending on their location. Increasing temperatures and extreme and erratic weather can be hugely challenging for wine producers.

Regions which would previously have been marginal, or even impossible, for successful viticulture are now able to ripen grapes. Traditionally 30°-50° latitude was considered the zone for viticulture but more and more areas including much of the UK and even some areas of Sweden are seeing vineyards appearing. Conversely, regions in Australia, the US and elsewhere are struggling with increasingly high temperatures.

Imagine, you have a pot of money and the freedom to establish a vineyard in any corner of the globe. It seems like a great choice to have but, as the climate changes, deciding what to plant and where is anything but straightforward. Much like property, when it comes to vineyards location is paramount. It’s much more complicated than which country or even which region, vine growers must consider all manner of factors to ensure their grapes can thrive.

If the climate is on the cool side, is there protection for the vines? Hills or mountains can keep wind and rain at bay and allow vineyards to succeed. The South Downs in Sussex and the Vosges Mountains in Alsace are just two of many regions where this can be seen. Where sun is scarce, are there enough sun facing slopes to allow grapes to ripen and are the flatter areas viable for any grape growing? Even if the geography looks favourable there is still the not-so-small matter of the soil being suitable particularly if large amounts of rainfall is likely.

Considering a cool climate site for a vineyard could be a wise investment for the future as cooler areas move in to the sweet spot for viticulture as temperatures increase. This makes forward planning all the more challenging though, as the right vines now may not work as the vineyard warms. A flexible approach when it comes to which wine styles to produce may be the answer. English wine has demonstrated that this can be effective. Starting out with only its sparkling wine really being recognised for their quality, English wine producers are increasingly making high quality still wines.

Or turn up the heat?

Where heat and dry conditions are the primary concern, mountains can once again be the vine grower’s friend. Not as a shield this time but for altitude, enabling grapes to have more diurnal temperature variation and a longer ripening period. Altitude plays a huge role in the production of many high quality wines. Moderating influences from nearby rivers, lakes or oceans may also be needed along with cooling breezes to offer respite to the vines. Mountains and water sources also need to be considered for ease of irrigation.

As in a cooler areas, climate change must be considered when in hot regions as the vineyard must be able to cope with potentially even warmer temperatures to come. Without cooling influences the quality of wine produced could be low or production could become unfeasible. A warmer site will ensure ripe grapes and may initially be ideal for producing high quality wine. Once again, future proofing a potential vineyards site is a challenging proposition with numerous factors to consider. Grape varietal selection is pivotal to successful viticulture and climate change is altering the suitability of some varieties for the sites they were once synonymous with. Difficult decisions must be made between well-known international varieties which are likely to sell well versus those which are best adapted to the location. Some hybrid varieties, and others which have been used primarily because of their tolerance to cold may become surplus to requirements in many areas. Grenache, Syrah, Mourvèdre, Assyrtiko and Vermentino will all fare better in hot conditions than the likes of Pinot Noir and Sauvignon Blanc. Selecting varieties which will work now and in the future as well as those which can produce consumer friendly wines is crucial.

The recipe for great wine requires the grapes, the soil and the topography to align As climate change continues this recipe will keep evolving bringing both challenges and exciting opportunities for winemaking.