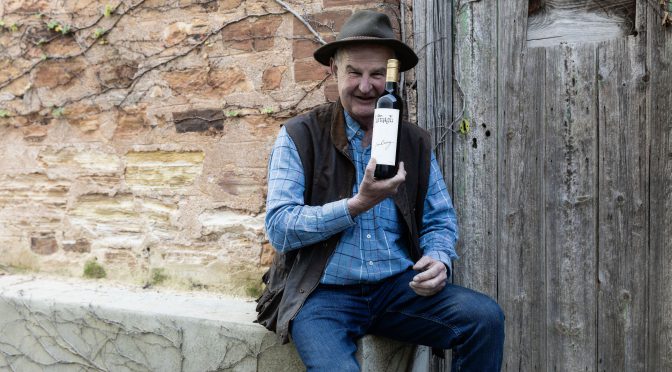 Making wine is not for the faint hearted! You can prepare as best you can, have everything ready to go and just at the point when everything seems to be going swimmingly, Mother Nature intervenes in the blink of an eye, often with devastating effect. Late spring frosts across Europe have been awful; Extreme drought has been all too common in California, Australia and South Africa; golf ball-sized hail stones can rip through a vineyard in a matter of minutes destroying both grapes and vines; and torrential rain, at the wrong time, can lead to a rapid change of plans and the five star vintage ruined. An unexpected natural disaster is only ever just around the corner.

It is however these unexpected challenges which seem to bring the best out in some winemakers. In a perfect vintage, the pressure is on the winemaker to not mess up that which nature has delivered on a plate. Any winemaker would of course jump at the opportunity to make a wine in the ‘vintage of the century’, that has the potential to age for decades, impress critics and consumers alike and help to raise the profile of their winery. But in the more challenging years when conditions are far from perfect, this is when the best winemakers earn their stripes resulting in wines that stand out against their peers.

An often unexplored side of vintage variation is rosé wine,

particularly with those at the premium end of the market. When consumers, and those in the trade, think of rosé, it is often assumed that they should be consumed when they are young and at their freshest, however when made in a different style, perhaps with some oak ageing, they can age and develop just as well as whites and reds. In the South of France, Gérard Bertrand’s goal is to do just that in Clos du Temple – create a rosé wine that carves out a niche in the market, competing one the same level as some of the world’s finest wines. First made in 2018, each of the three vintages produced so far have varied in style, and continue to do so as they spend more time in the bottle. Having recently tasted all three alongside each other it is clear that Bertrand is achieving his goal; creating a premium rosé that doesn’t have to be enjoyed young but can provide a different experience when aged.

heart of the McCrae Wood vineyard in the Clare Valley. The parcel of vines for The Armagh was planted on its own rootstock, during the drought of 1968/1969 with the first vintage release not until the 1985 vintage. Every vintage of these cherished old vines is unique and the 2017 is looking fantastic from a later, cooler harvest, but this won’t be physically available until spring 2022 nor ready to drink for a few years. We do however have two fabulously different vintages in stock for immediate enjoyment – The Armagh 2012 from a lower yielding vintage, as a result of the very wet 2011 season, however the quality is exceptional and now approaching 10 years of age it is entering its prime (98 Pts – James Suckling); By contrast The Armagh 2013, due to the exceptionally hot summer is packed with power and incredible intensity with lots of dark fruit and mocha flavours (96 Pts – James Suckling).

Finally, one wine region that experiences significant vintage variation is the Douro in northern Portugal. Vintage ports are only released in the best vintages, which works out on average to be about three times every decade. At Barros, whilst the vintage does

play a part, the vagaries of vintage are less pronounced due to the long ageing in casks and careful blending develop the complex flavours and incredible length. Barros 10yo and 20yo tawnies are without doubt some of the finest on the market but it is for their Colheita ports that they really stand out. The 2005 Colheita (Best Fortified Trophy, Wine Merchant Top 100, 2018) still has flashes of red berry fruit but with a dried fig and hazelnut character. The 1996 was a big volume vintage by Douro standards which would hint at less intensity on the wines, but the Barros 1996 Colheita (17.5 pts Jancis Robinson) is beautifully soft and velvety with rich dried fruit and a wonderfully long finish. For the ultimate treat for your customers you must try the 1978 Colheita which at over 40 years of age is concentrated and powerful with classic spice and nutty texture all beautifully supported by balanced acidity and a flavour that goes on forever.

Vintage variation should be expected, embraced and celebrated as great wines can be made no matter what Mother Nature throws at us. We are blessed to have a selection of wines from all over the world, however, due to the nature of the business we don’t pick and choose which vintages we will buy and support, we work in partnership with our producers to make sure that every year, the wines that have been carefully nurtured in the vineyard and cellar are given every opportunity to be enjoyed by consumers everywhere. There is an obsession to compare one vintage against another however the diversity of the wines within a vintage and the anomalies of the weather between vintages lead to many unexpected surprises.