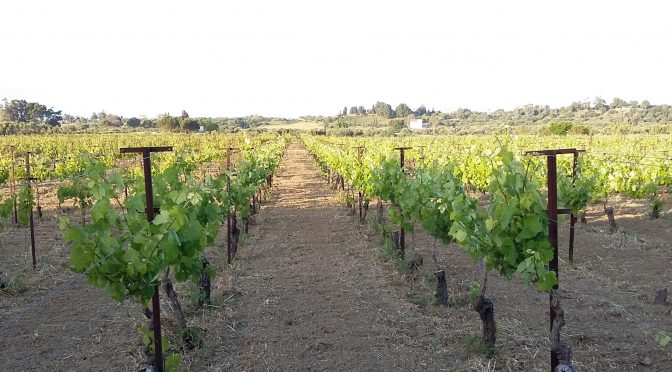 We recently welcomed the wines of Domaine Foivos to our portfolio, from the incredible island of Kefalonia. Expert on all things Greek wine, and part of the Foivos team, Cyril Meidinger, recently shared his thoughts on the viticulture and the history of the vineyards on Kefalonia; particularly the Vatsa Vineyard, just outside the Domaine Foivos winery, where the Nautilus and Pandrosos wines are grown.

Odysseus, famous for his long journey, trying to return home after the events of the Trojan War was met with endless seas of vineyards upon arrival. The fruits of his labour presented itself in more than one form. Whispers of magnificent vines as early as the Homeric times reveal themselves today. In celebration of the hollow horse creator’s victory, indulging in a delightful Kefalonian wine, made for the ultimate reward. The taste of Kefalonia being the most pleasurable for the palate and senses.

Legend describes the creator of this enchanting vine as a king named Kefalos whom journeyed from Attica. In an effort to preserve the memory of his native land, vines were planted as a daily reminder of his heritage in a place known as Thineia (‘’Athenian land’’). Today this ancient vine is cherished and protected by the people of Kefalonia, continuing to keep the legend alive. Domaine Foivos has been cultivating vineyards in the Vatsa area of Kefalonia since 1999. The vineyards are located on the south peninsula of the Island in an area called Paliki, which is said to have been the kingdom of Odysseus. Those Vineyards have been planted hundreds of years ago and this specific area is already mentioned 1200 years B.C. by Homer in his writings. They have remained phylloxera-free on their own indigenous roots ever since, at about 800 meters from the Mediterranean Sea in a plain enclosed by small hills. The Vatsa vineyards are composed of about 30% Mavrodaphne, as well as Muscat a Petit Grain, Muscatel, Tsaousi and Vostilidi on clay and limestone soils. The terroir of Vatsa is perfect for growing quality vines, having accumulated all the fossilized seashells from the nearby hills in its underground.

Mavrodaphne is also cultivated mainland, though in Kefalonia, the focus has been on dry vinifications of this variety, resulting in its own PDO Mavrodaphne of Kefalonia. Yannis Karakassis MW describes this variety as ‘’of particular interest as they yield intensely complex herbal wines, with aromatic character, mild tannins and acidity’’ based on his 2017 study of The Vineyards & Wines of Greece. Vostilidi is also a jewel of Kefalonia, saved from extinction as Vostilidi’s cultivation is mentioned in Latin literature as early as in the 16th century, during the Venetian rule on the island. During those times, sweet Muscat of Kefalonia was entirely exported to Venice and received international recognition early on.

The overall yields on the 100 + year old vineyards are tiny, averaging about 2.5 tons per hectare and cultivated biodynamically, without the use of pesticides. Majority of the vineyard is actually made of bushvines, which create perfect conditions and shade resulting in ideal ripeness of those ancient varieties, whilst preserving a unique acidity.

Due to the age of the vines, they have adapted to the environment and have been shaped over time to withstand adversity and stress. These vines have learnt to cohabitate with their enemies and to survive, providing the best and most delicious grapes, with minimal viticultural efforts needed and most importantly, with minimal interventions. This long-term familiarity with their growing environment made the vines resistant and immune to diseases, whilst farmed dryland without the use of any pesticides and with a biodynamic approach.

The Vatsa vineyards are a true treasure that needs to be maintained and preserved for the generations to come. This part of the island hasn’t been affected by phylloxera, therefore the vines are still on their own indigenous ungrafted roots, producing an intensity and a complexity that can’t be replicated. The vineyards have been revamped initially just after World War I around 1925, and a second time in 2015, grafting new vines on some of the older roots. The technique used there is to cut the trunk of the original vine just above the ground, and from there vine grows new shoots from the original trunk and roots or by planting in the ground some of the existing shoots and cut them when they create new vines and roots. The original roots are so deep into the ground that they reach all minerals and water needed to produce exceptionally concentrated and healthy grapes.

Of the above varieties grown on our Vatsa vineyards, two PDO Sweet Wines, Mavrodaphne of Kefalonia and Muscat of Kefalonia as well as two PGI Mantzavinata Wines (white and red), which are blends of all those indigenous varieties are produced.

Theodore Orkopoulos and archaeologist wife Stavroula have made it their personal mission to maintain those historical parcels of indigenous Kefalonian varieties in order to prolong this heritage for generations to come.

With merely a total of 160 hectares left on the island of Kefalonia, it is paramount that such ancient vineyards get the attention and the fame that they deserve. Assyrtiko and Santorini have been in the spot light over the last few years, we believe the time has come for Kefalonia to take the international stage with indigenous varieties like Mavrodaphne, Robola or Vostilidi coming from some of the oldest vineyards in Europe.

Perhaps Odysseus’s plan to sack the city of Troy using a giant hollow horse, started with a conversation with fellow comrades enjoying a delicious glass of Kefalonian wine. Perhaps one could say that Kefalonian wine is a potion for creative victory. One thing is for sure, this undiscovered ancient wine of Kefalonia poses the power to unlock the extraordinary. 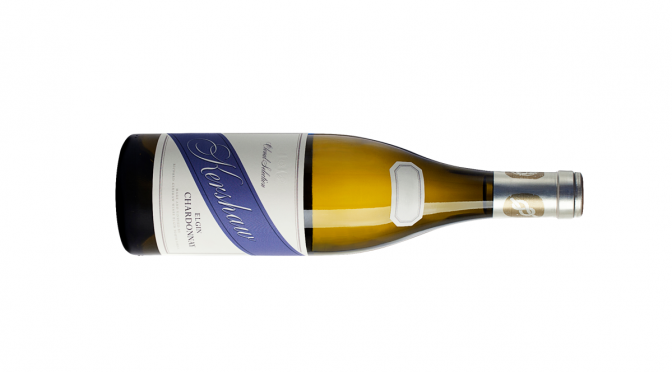