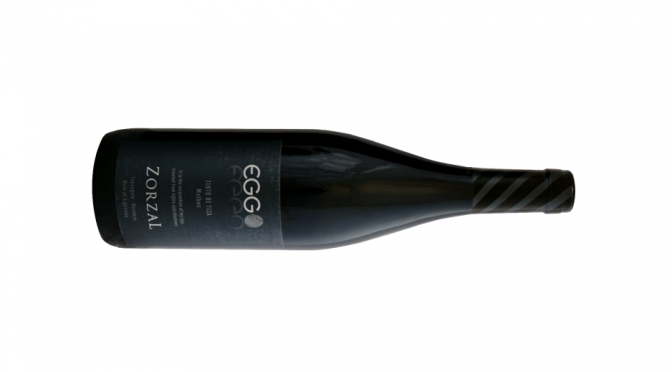 Which wine from our portfolio would tie in perfectly to both Malbec World Day, on 17th April, and Easter at the start of the April? Zorzal ‘Eggo Tinto de Tiza’, Tupungato, Malbec 2017 – our Wine of the Month for April, of course!

Follow an in-depth look into the subject of Minerality in 2020, Jane Macquitty described this wine in The Times as: “tart, zingy, inky-black fruit” and “the most full-on” mineral red she had ever tasted.

Edgy, mineral and layered, this intensely flavoured wine is marked by flavours of wild herbs and cloves against a background of smoky blackberries.

Zorzal is an Argentinian boutique winery which has been dedicated to the production of high quality wines since 2008 and is located at the highest point of the Uco Valley. Hailed as one of the most exclusive and well-regarded areas for viticulture in Argentina, the terroir is revealed in the Zorzal wines through a respectful, non invasive winemaking process that puts austerity before exuberance and fruit before wood. The wines have rapidly gained international recognition. Founded by the Michelini brothers, who are outstanding in their passionate leadership in the vineyards and winery, this highly regarded winemaking duo have become renowned as the trendsetters of the Argentinian winemaking scene.

The grapes were destemmed. Fermentation took place spontaneously with native yeasts in egg-shaped containers made of cement at around 24°C. The wine remained on its skins for two months, followed by pressing and was then returned to the egg. The egg shape helps to keep the liquid constantly in motion, so the temperature is more consistent and the lees remain in suspension. The resulting wine achieves a greater character and volume on the palate. The wine was aged for 12 months in the same container, with a view to conserving its pure, authentic character, without interference from any other influence such oak from another terroir.