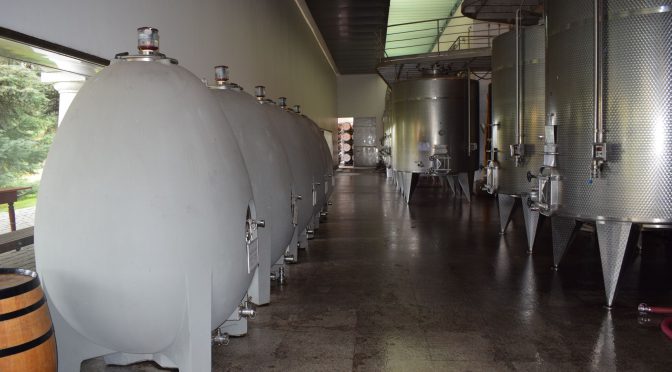 A wine new to our portfolio from the world-renowned winemaker, Larry Cherubino. This elegant Pinot Noir is part of the Laissez Faire range, which takes inspiration from organics, biodynamics and natural winemaking practices. Whilst they could be called ‘natural wines’; Larry Cherubino likes to think of them as “post natural” wines.

Named ‘Winery of the Year’ by James Halliday and Matt Skinner, Larry Cherubino wants his wines to be distinctive and to speak clearly of their variety and vineyard site. He believes in paying meticulous attention to the vineyard, canopy and water management, picking at the right time and minimal intervention in the winery. Larry also makes wine under the Laissez Faire label, an exquisite range of natural wines which are the ultimate expression of site, made in small batches from hand harvested grapes. From delicate whites to opulent reds, all his wines have pure class and finesse.

Laissez Faire means “let it be” and this is reflected in the hands-off approach of winemaking. The grapes were hand-harvested, sorted and naturally fermented with indigenous yeasts. The wine spent eight months maturing in French oak foudres, offering optimal fruit expression and oak integration. As the name suggests, no additional acids, enzymes or yeasts were added during vinification and the wine was not fined. There was zero sulphur use throughout the winemaking and only minimal sulphur was added at bottling.

The perfect accompaniment to pan-seared duck or roast vegetable tagine.