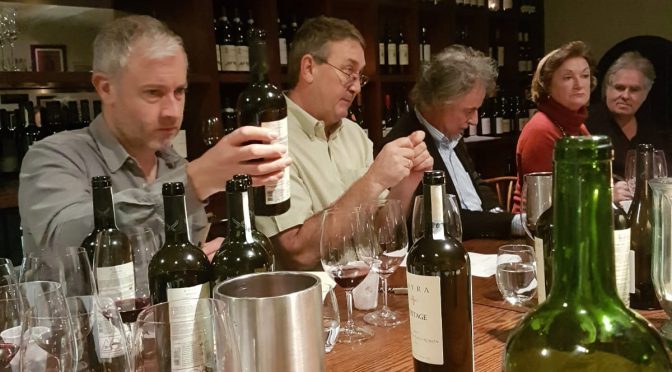 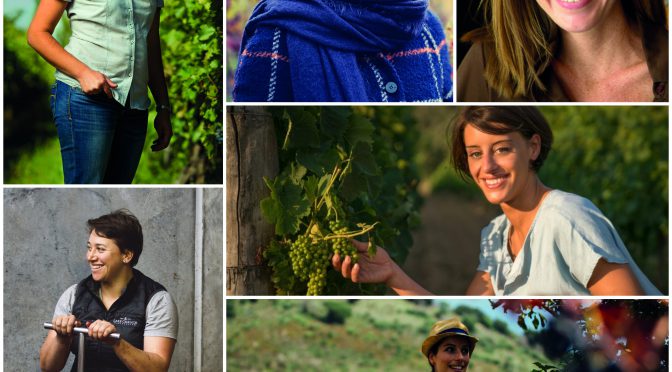 In organoleptic experiments to test the wine tasting ability of men and women, female participants consistently come out on top. Their superior palates and tasting precision are well documented in scientific papers and journals, which explains why the female success rate in the Master of Wine qualification is now higher than male.

This is now being reflected in wineries and cellars around the world as female winemakers take the helm in a traditionally male environment. We are proud to represent some of the best female winemakers in the world, and we truly believe that the wines crafted by these talented women – from Japan and South Africa to Italy and France – are some of the very best in the Hallgarten portfolio.

Lucia’s family has always been linked to wine. Her mother, grandfather and her great grandfather were wine-growers in Piedmont. Lucia herself developed a passion for dance at a young age winning a scholarship at Balletto di Toscana in 2003 in Florence where she danced for 5 years. Meanwhile, she started studying winemaking.  In 2008 Lucia left her ballerina career, to pursue her winemaking dream. Lucia’s first encounter with wine, after her graduation in 2011, was in the heart of Chianti Classico where she worked for two years in many different sectors of production in the cellar and lab. Dealing mainly with red wines, she was introduced to the wine industry under the guidance of leading consultant winemaker, Franco Bernabei. In 2013, she travelled abroad to learn more about wines around the world which helped broaden her skills and knowledge. She started working as winemaker for Frescobaldi at the beginning of 2016.

It is hardly a surprise that Valeria Antolin became a winemaker. Her father was a famous sparkling winemaker in Mendoza and she followed in his footsteps, taking a degree in Agronomy from Universidad Nacional de Cuyo before working her way up at Piattelli. She has been with the estate since it was founded in 2002 and is now the principle winemaker at its Mendoza and Cafayate (in the Salta Province) wineries. Samantha O’Keefe’s is an amazing story. Berkeley-educated Samantha O’Keefe left her native California and an executive TV job, in search of a simpler life. She settled into her own sliver of paradise in the form of a 600 acre former dairy farm in Greyton, South Africa. Nothing seems to faze her, she shares her property with a troop of baboons and a leopard. She has made her mark since her inaugural vintage in 2006 with a string of stunning cool-climate wines that have wowed customers and critics the world over. Estelle Roumage embodies this outstanding family domaine in Entre-deux-Mers, close to St Emilion in Bordeaux. Her wines are delicate and precise, and consistently punch above their appellation. She manages to blend respect for tradition with a modern outlook to vine management and winemaking techniques. On top of this Estelle has a real passion and talent for bringing her wines to our customers to share, to taste, to learn, to engage, in a way that really ignites their taste buds. Born in Augusta, on the Ionian coast of Sicily, Sonia grew up in the orange groves of Lentini, watching Mount Etna erupt. Sonia discovered the world of wine by chance and decided to start tending to the family vines and work in the cellar on the vinification processes. After graduating in economics, she completely devoted her life to wine and became the owner at Santa Maria La Nave as well as becoming a sommelier. Santa Maria la Nave is a small boutique winey on Mount Etna, specialising in wines from autochthonous varieties. Stefanie is one of the first women to have worked in Germany’s male-dominated wine industry. She has supremely mastered the technical aspects of winemaking, and – crucially – brings heart and sensuality to her work. She has been making the highest quality Pfalz wines for more than 25 years, assisted by a largely female team at the winery and behind the scenes. Her clean, pure wines have a delicate Pfalz spice and are very generous in fruit and length. Raised in Turangi on the shores of the mighty Lake Taupo, Chloe’s early exposure to viticulture began with helping her parents pick out wine from the local store (they were fiends for a big Aussie red). After finishing College in 2001, Chloe moved to Marlborough to pursue a Bachelor of Viticulture and Oenology degree through Lincoln University, completing her first harvest at the Saint Clair Family Estate in 2006. Now more than ten vintages later, Chloe is the winemaker at Lake Chalice, producing the very best results for this superb winery… that is, when she’s not being a Mum to Asher, member of multiple sports teams, performing in Kapa Haka (Māori performing arts), being a cross-fit addict or cooking a mean kai (kiwi food)! It’s fitting that Ayana makes wine in Japan’s Yamanashi Prefecture from the revered Koshu grape, as her father Shigekazu Misawa is regarded as Japan’s Koshu pioneer. Ayana has studied winemaking on three continents, at the Institute of Enology and Viticulture in Yamanishi, the Faculty of Enology of the University of Bordeaux, and South Africa’s Stellenbosch University. She has also made wine at some very well-known wineries, including Cape Point Vineyards in South Africa, Catena Zapata in Mendoza, Errazuriz in Chile and Mountford in New Zealand. She has now returned to her homeland and works for Grace, one of Japan’s most prestigious wineries. 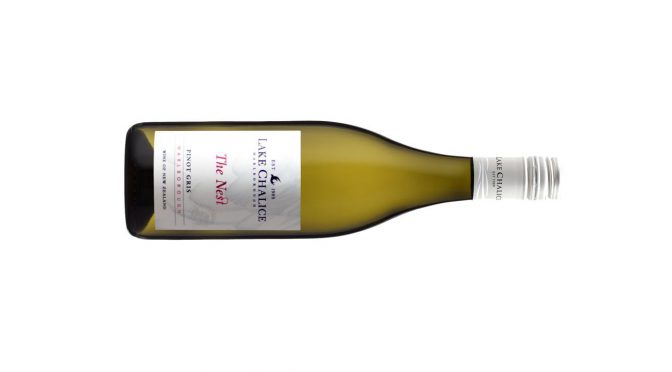 Taking its name from the stunning tree-lined lake in the heart of the Wairau Valley, Marlborough, our Wine of the Month for March is the water inspired Pinot Gris ‘The Nest’ from Lake Chalice.

Lake Chalice was established in 1989 with a vision of producing internationallyrecognised wines from the heart of the Marlborough region. New Zealand’s native falcon, the ‘Kārearea’, is proudly displayed on every  bottle of Lake Chalice wine.Kārearea favour the remote mountains and  foothills of the upper Awatere and Wairau valleys and these valleys are home  to Lake Chalice’s three unique vineyardsites.
Each vineyard has a diverse  microclimate, biodiversity and terroir which areseamlessly translated into  multi award winning wines by talented winemaker Chloe Gabrielsen. Taking a  boutique approach she handcrafts parcels of fruit from single vineyards into elegant, aromatic, fruit driven wines and has garnered a global reputation of outstanding quality. Certified ‘Sustainable Winegrower of New Zealand’.

The grapes were immediately pressed to minimise skin contact followed by coolfermentation in with selected yeasts in temperature controlled stainless steel tanks, inorder to capture the desired level of fruity aromatics.

A small proportion was aged inseasoned French oak adding complexity to the wine. This wine was blended to beapproachable in its youth.
For further information on the Lake Chalice ‘The Nest’, Marlborough, Pinot Gris 2017 or any other Lake Chalice wines, please contact your account manager.