The festive season is just around the corner and what better wine to serve with a traditional meal than a classic red Burgundy, but with a twist. From the small village of Mercurey in the subregion of Côte Chalonnaise, this is a Pinot Noir with enough rich fruit flavour and texture to delight any table.

Domaine Gouffier owns five and a half hectares of vineyard in the villages of Fontaines and Mercurey in Côte Chalonnaise. The domain has been run by the Gouffier family for generations until Jerome Gouffier handed over the reins to his close friend Frédéric Gueugneau, formerly at La Chablisienne.

Since 2011, Frédéric and oenologist Benoît Pagot have brought about a new style of winemaking to the domain. They follow an organic philosophy to create wines that are modern, approachable and affordable, but with all the style and panache of good Burgundy. They have created a collection of wines of outstanding originality, verve and spirit.

The grapes were hand-picked at optimum maturity and carefully selected in the cellar. 30% of the fruit was vinified as whole bunches as the stems help to stabilise the colour and impart structure to the wine. A cool maceration was followed by fermentation in barrels of 228 litres, one third of which was new. 15% of stems were put back into the fermentation barrels to support the fruit and impart structure to this fleshy wine.

Winemaker Frédéric uses oak judiciously, in order not to overpower the purity of the fruit. Domaine Gouffier has been experimenting with using oak from the state forests of Fontaine, just a few miles from the vines, endeavouring to stay true to the local terroir. Hallgarten Marketing Coordinator, Charli Truelove, recently took to the road with Sales Manager, Phil Brodie in the Midlands team, and a group of his customers to experience the culture, cuisine and of course the wine in Emilia Romagna with the team from Cevico.

Day one we arrived in Bologna, the home of Bolognese, and were greeted by Alida Sangiorgi, Marketing Manager at Cevico, and our bus driver, Mauro, who took us to our first stop – an incredible visit and lunch, cooked by Chef Paola Cucchi,  at Tenuta La Massellina,  in the Castelbolognese commune of Emillia Romagna. The estate is owned by one of our most important partners, Cevico, and is the source of some of the Emilia-Romagna wines in our portfolio.

Here we were joined by more of the Cevico team who shared so much knowledge with us over the coming days; Cristina Melandri, our guide from the Cevico team and Alberto Medici, co-owner of the family run Medici Ermete. After the already action-packed first morning and lunch, we took to the road once again to visit Basilica San Vitale one of the most important surviving examples of early Christian Byzantine art and architecture in Europe. The walking tour unveiled of some of Ravenna’s historical monuments including Dante’s Tomb.

To finish the day, more food followed – it’s true what they say about how fantastic the cuisine is in this part of the world! A spectacular 7 course dinner awaited at Furfanti with the Cevico team. Both the food and wine were both unsurprisingly incredible… I am already thinking; “I don’t want to ever leave Italy.” Day two, we drove along the coast to Rimini to visit Le Rocche Malatestiane, which takes its name from one of Rimini’s oldest noble families, the Malatesta family. We were given a tour by our guides, Elena Piva and Enrico Salvatori, where we were shown and told about its fermentation tanks, grape drying process and barrel cellar, followed by a wine tasting of three whites and three reds each more moreish than the last. Including the Antica Marineria Bianco, an oaked-aged white wine made from 100% Sangiovese. We talked everything from soils, fermentation, ageing and grape varieties – a very interesting tasting and visit. Following this busy morning, we stopped for lunch at Trattoria Zaghini Santarcangelo where we were treated to a divine array of foods, and probably the best pasta I have even eaten (the wine was pretty good too), all set in a beautiful traditional Italian restaurant surrounding. We were well in need of a walk after such an indulgent lunch, so stopped off at Santarcangelo, a medieval town 10km north of Rimini which had the atmosphere of a large village rather than a town.

The final evening of our trip of course involved more fantastic cuisine, with dinner on the canal at a seafood restaurant, Cesenatico. Alberto Medici toasted the evening with his Lambrusco – Medici Ermete ‘La Favorita’ Rosso Secco, Lambrusco NV – a chilled sparkling red, nothing like I have tried before, filled with an abundance red fruit flavours with a delicate finish. A truly spectacular wine! 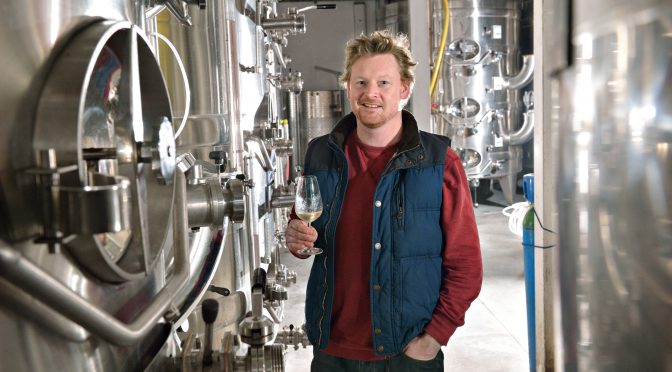 Dermot’s passion for winemaking started as a teenager in Ireland, where he experimented with making beer and wine and was inspired to pursue oenology. Dermot’s enthusiasm for winemaking was further fuelled when he was given a copy of Hugh Johnson’s book; Vintage: The Story of Wine. He was so inspired reading it he can still recall whole paragraphs verbatim.

Having previously studied Environmental Sciences at the University of East Anglia Dermot decided to return to studying and completed a Viticulture and Oenology degree at Plumpton College. He then took this winemaking knowledge forward and gained crucial experience completing vintages in the UK and in Bordeaux at Châteaux including the prestigious Château Leoville-Barton, St Julien. However, it was his next move that set Dermot on the path to his current success. He joined Nyetimber in 2003, became winemaker a year later and was instrumental in its rise to prominence, competing with the world’s best sparkling wines. A vintage at a Champagne house cemented his skill with fizz and was the final step before Dermot set up Wiston Estate with the Goring family.

Here, Dermot produces his own exciting wine, Sugrue, as well as many other excellent wines produced at Wiston. Dermot focuses on small plots of vines and employs huge attention to detail in both the vineyard and winery to create wines with character and precision. Storrington Priory was planted by Dermot in 2006. The vineyard benefits from the complexity of two soil types and an atypical orientation of the vines. Dermot went on to purchase Mount Harry, a renowned vineyard site, and the two sites provide outstanding grapes for Dermot’s wine, ‘The Trouble with Dreams’, a complex, elegant and award-winning wines which is a culmination of Dermot’s vast winemaking experience and exceptional skill. 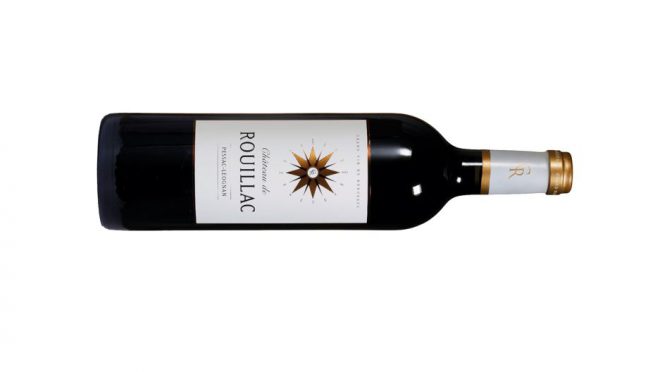 Autumn is upon us and winter is not far around the corner, our November wine of the month is an SWA Silver Medal winner, perfect winter warmer that wouldn’t look out of place served by a warming log fire with a plate of mature cheese or decanted at the table alongside the quintessential Sunday roast.

A concentrated, silky smooth wine with berried fruits enhanced by spicy notes of cloves and subtle truffle flavours. Long and elegant on the finish

Based in Pessac Leognan on the left bank of Bordeaux, the elegant and noble Château de Rouillac is imbued with a historic past. In the 19th century Château de Rouillac was owned by Baron Haussmann, who produced a delicious wine which is said to have delighted Napoleon III. The current proprietor Laurent Cisneros and his family took up the reins of this magnificent property in 2009, passionately championing sustainable and environmental practices. The property has had a long association with horses and possesses beautiful stables; Titan their huge and impressive horse is still used today to plough the exceptional gravel soils in the vineyard. Renowned oenologist Eric Boissenot produces wines which are delicately blended with the utmost precision to reveal their optimum expression

The grapes were manually harvested. Fermentation and maceration of the skins took place in temperature controlled stainless steel vats, lasting for 20 to 25 days. During vinification daily pump-overs and punching down of the cap took place in order to extract colour and tannins; and impart structure and flavour. 100% of the wine was
transferred to French oak barrels, one third of which was new and the wine underwent malolactic fermentation; two thirds of the wine were aged in barrels of one year.