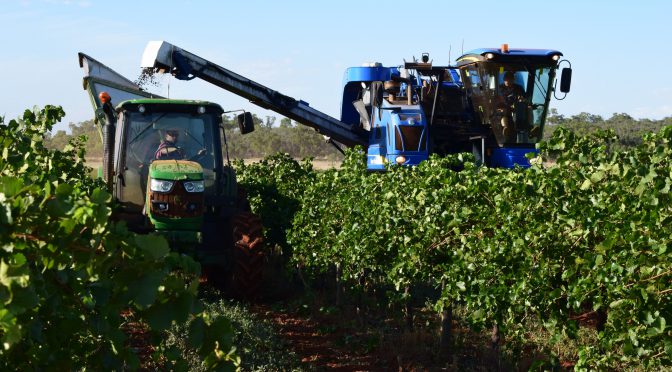 Dusk was falling fast, and in the outback you’re always on the lookout for roos. If you collide with one of them, it can put its foot through the front window and break your back. Steve was at the wheel. We’d been on the go for four hours and were headed for Griffith, a small town about seven hours drive from Sydney. I asked if he wanted me to take over for a while, but he said no, he was fine. I stared out of the front window, my eyes on the trees which verged the road, trying to make out kangaroos.

And then: “Oh. My. God! What’s that?” Steve’s voice was measured but unsteady. He was sat rigid in the seat and was pointing to his right. I clumsily leaned over but couldn’t see anything through the window. “What’s wrong? What are you looking at?” I asked uneasily.

“There, right in front of me.”

And then I saw beyond his right ear an enormous spider crawling menacingly along the bottom of the window and on to the dashboard. It looked, well, like a tarantula – and it was creeping towards me.

“Pull the car over,” I muttered.

Steve slid the car over to the loamy earth, while both of us kept our eyes on the “Thing.” For three seconds we sat, paralysed. But then it slid into one of the air con slots under the window. Steve and I climbed gingerly out of the car.

But the Thing, whatever it was, had gone to ground. Maybe it had crawled into the bonnet and got out under the car? At any rate, it was now dark. “Let’s just go for it,” said Steve. “We can’t stay here all night. I’ll keep my eyes on the road and you watch the air vents. Hopefully it’s fallen out.”

Tentatively we got back into the car and Steve gunned up the engine and we made our way out on to the straight-as-an-arrow road. For three minutes all was well. And then it appeared again, this time on my side. The hairs on the back of my neck stood up (and I haven’t got many). “It’s back,” I said quietly.

“I’ve clocked it,” said Steve, and this time he slid the car skilfully into a controlled stop. Deftly, we opened both doors, our eyes on the Thing. I searched the grass for a piece of wood and handed it to Steve. “Right, let’s give it a go,” he said, and reached into the car from the driver’s side, while I held open the passenger door. Steve thrust the stick at the spider – who shot out past my head and into the night. “Jump in!” shouted Steve, and off we roared.

“Wow – there we were, on the lookout for Skippy and his mates, and right in front of us a man-eating poisonous tarantula thingummy jumps out at us,” said Steve.

Three hours later, in Griffith, we googled the spider. Turns out it was a huntsman. And here’s the point: although they are not poisonous, they do cause death – by jumping out from behind sun visors in people’s cars and causing them to crash!

Well, the things we do for Hallgarten.

Of course, by the time we rolled up at Berton Vineyards the following day, our story had morphed into how English and cool we had been in the face of this – Thing! – but Bob Berton was having none of it. “You’re Pomms. You’d have been petrified!”

The story of Berton Vineyards is an inspirational one. Polymath Bob Berton, looking more and more like a roadie with each passing year, held various management positions for De Bortoli, Beelgara Estate and Miranda, before striking out on his own in 2006. Originally looking to build something smallish from scratch, he instead accepted a take-it-or-leave-it offer to buy the old Riverina winery from Foster’s. In ten years he has turned it into the 21 million-litre capacity winery it now is, and established the eponymous business that now exports to 15 countries. Key to all of this has been the creation of a network of loyal growers whose trust he has won by the fairness of his methods and the frankness of his approach. Men like Glen Sergi, who we go to see this morning harvesting his Pinot Grigio grapes from Foley’s Corner Vineyard, a 500-acre plot about six miles from Bob’s Yenda base. “Good fruit, Glen,” says Bob admiringly, as we follow the harvest from vineyard to winery and watch in wonder as the free run juice and then the grapes spew into the crusher. Then, leaving winemaker James Ceccato and his team to supervise the vintage, Bob takes us around the winery. It is a constantly changing scene, as Bob and his team refit a winery built in 1969, while at the same time carrying on with their day job – which is making bloody good wine. He takes us the perimeter where we can see another winemaking facility next door. In 2012, during the massive floods, that winery actually floated, buoyed by the underground storage tanks. Even now you can see where the cracks appeared as the concrete wall succumbed to the pressure. These are the things that a modern winemaker needs to think about. For a while Bob’s facility was in danger. It is a miracle they survived that terrible year intact.

Then we move onto the tasting. The whites are looking good. The Pinot Grigio is spectacular (was this Foley’s? I wonder). A blend of Semillon and Chardonnay looks very good and works just as well as a blend of Semillon and Sauvignon. We and the winemaking team decide to concentrate on the former blend rather than the latter. The Unoaked Chardonnay is showing very attractive limey fruit, and the Metal Label has wonderful lemon and melon aromas.

However, it is with the red wines that Bob and his team really hit the mark. A 2016 Shiraz/Cabernet blend in tank shows good raspberry style fruit. The Foundstone Cabernet Sauvignon 2016 in tank shows good open earthy fruit. The Foundstone Shiraz 2016 in tank has masses of fruit; at the moment, it is a little aggressive, but will iron itself out. Steve posits that 10% of Cabernet would soften this. A Cabernet/Merlot blend from 2015 is really good, a lovely mixture of blackcurrant and liquorice. Finally (in this session anyway), the Foundstone Merlot 2015 has masses of pleasant ripe open fruit. During all of this, Bob is cajoling and challenging his winemaking team like a coach with a football team. “We need to improve with this one, we need to figure out how to get this better…” You would imagine he would be a tough man to work for.

We move on to the more serious stuff. The Metal Label Black Shiraz 2016 is typical; lovely open fruit, black plums, very commercial. But the Winemakers Reserve Black Shiraz puts that firmly in its place, showing colossal and voluptuous Padthaway fruit.

James Ceccato then unveils four news parcels of Shiraz from Gundagai (lovely gorgeous fruit, sweet and moreish), Heathcote (minty, serious, brooding), Mount Lofty (closed, serious dark fruit) and Coonawarra (a massive wine, huge eucalyptus fruit, a touch of mint.) We will have fun working out what to do with these.

At the end of the tasting Bob takes us to the barrel room, where we taste the serious reds again. Throughout the tasting we are interrupted by Bob’s lieutenants with queries. How is progress on the new turf project behind the winery? When is the guy from Chile turning up? Bob gets on to the subject of worms. Waste management is an important matter for them and they are about to meet with a Chilean businessman who has developed a way of using worms to turn dirty water into clean water. Bob animatedly explains the process with the zeal of a heavy metal artist talking about his new album. More interruptions. More issues. More opportunities.

It is non-stop. Surely there cannot be enough hours in the day.

It carries on like this for the rest of the day. And later, while Steve and I have a beer in Griffith, we reflect on Bob’s amazing story. It’s the classic one about the small town guy taking on the big boys – and beating them.

I sit back and sip a James Squire One Fifty Lashes Pale Ale. While not exactly Napa, Griffith has a sort of working class charm and honest attitude about it. I like it; as a working class Geordie, I could hardly fail to. It’s pretty much what an Englishman might expect of an Australian outback town; gritty, conformist, gratifying the needs of the farmers it serves; a few good restaurants and some gritty working-class bars on the main drag. To walk into one of these is to imagine yourself on the set of Bad Day at Black Rock or An American Werewolf in London (check out the classic scene when the two young Americans walk in to the Yorkshire Dales pub and get the very silent stare treatment). Friday night can feel a bit scary, given the serious beer-swilling and braggadocio, the pool hall tension, v-v-very loud heavy metal, and shrieking at the rugby league game on the widescreens. But as is often the case with Aussies, underneath it all there’s a genial charm: “What can I getcha, mate? – don’t worry about him, we’ll carry him out shortly…” Nevertheless, Steve and I do feel obliged to lower our voices a couple of octaves, gesticulate excitedly at the screens and yak about THE GAME!