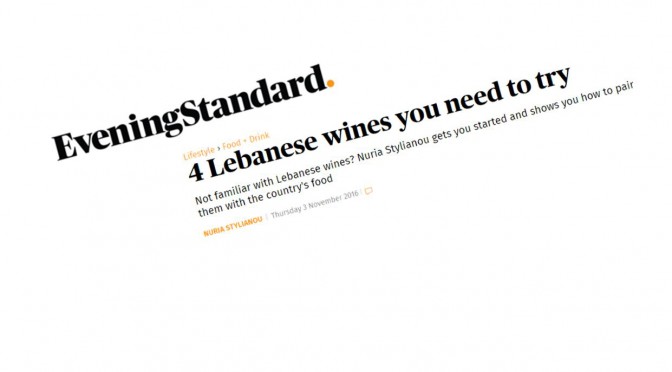 Lebanese wine is as much of a mystery to some as Lebanese food. Evening Standard’s Nuria Stylianou has introduced readers to her four must try Lebanese wines, and the food from Arabica Bar & Kitchen to pair with them.

“A medium-bodied red with Syrah, Cabernet Franc and Cabernet Sauvignon from Château Ksara. Lebanon’s oldest and largest producer in the Bekaa Valley, Château Ksara has been making wines since 1857, when the founding Jesuit priests created the country’s first dry red wine. Ruby in colour with vanilla spice, cassis, blackberries and plums with a herbaceous undertone, Reserve de Couvent is aged in oak for six months to add a little smoke to the mix. A match for lamb chops with za’atar – the blended spices and fresh rosemary complementing the herbal element of the wine.”