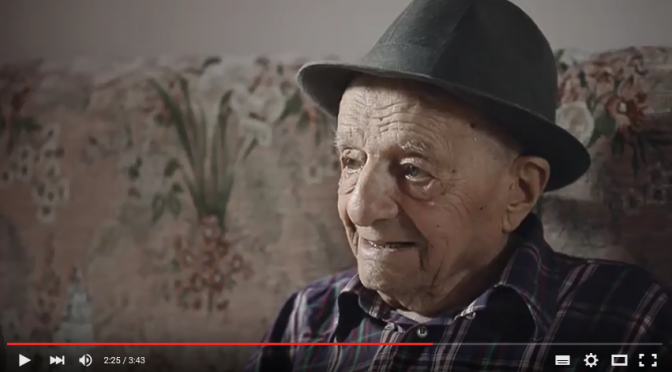 Veneto winery Ca’Rugate has made a short film to celebrate family member and pioneer Fulvio ‘Beo’ Tessari reaching his 100th Birthday in 2015.

Fulvio took over the family business in the 1930s and continued the work that his father laid out, for the most part focusing on the viticulture, purchasing the most prestigious vineyards of the hills of Rugate, making wine and selling their grapes, some to the local cooperative and some kept to make their own production.

In 1950 he purchased the first vineyards located in Monte Fiorentine area and focused on planting in this zone which had been overlooked for years. It is was Fulvio, at the beginning of the 1970s, who made the decision to emphasize on improving the quality of the grapes, thus the winery Azienda Agricola Tessari Fulvio was born and Fulvio became the predecessor of what would become Ca’Rugate.

Find out more about Ca’Rugate here.